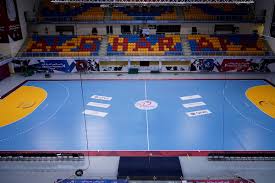 Nairobi Water captain Gladys Chilo has called on Kenya Handball Federation(KHF) to strive and give players exposure if the national team is to witness enhanced growth.

Chilo, speaking to Citizen Digital after she led her side in outsmarting Ulinzi 26-22 at the weekend to bag the Super Cup title said: “I am one of the national team squad members and the team is in good position as the players give it their all in the matches and we are proud of that.

“The only setback is lack of exposure as we only play once after four years and we are hoping in future there will be more matches to enable us get exposed in various areas,” said Chilo.

Being the natural leader she is, Chilo did not shying away from giving possible areas to improve the team’s fortunes.

“The federation should help in getting sponsorship for the women’s national team as well as clubs participating in the league,”

“Sponsorship will help in the formation of many teams and with that it means competition will be stiff in the women’s league hence enhancing our sport as a country.  The teams need exposure not only here in the country but also outside East and central Africa,” she advised

Gladys was hailed by her coach Jack Herbert who also expressed concern on the concentration of the league within Nairobi region.

“The league has been concentrated in Nairobi and we would like it to be taken to other regions of the country,

There have been concerted calls from players and handball stakeholders to have the federation initiate a handball league circuit outside Nairobi.

National Cereal Produce Board (NCPB) captain Timothy Kirimi said that growth of handball will bring professionalism in the sport and give it the limelight it deserves.