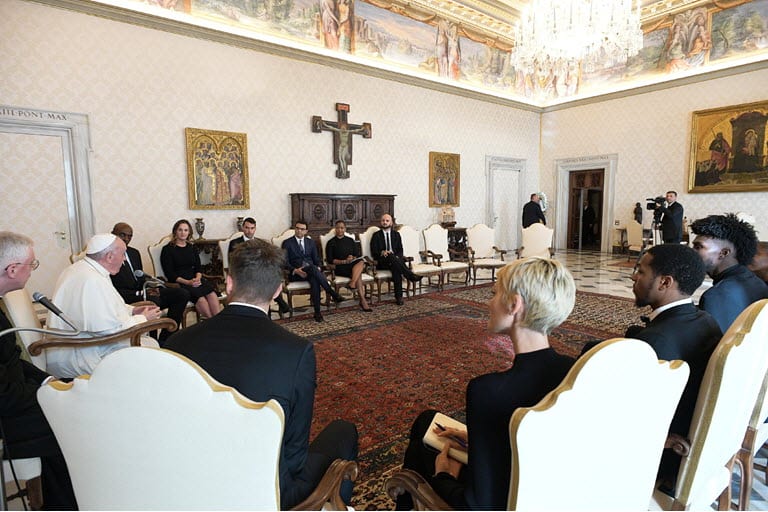 Five NBA players met with Pope Francis at the Vatican on Monday to discuss social justice issues following a season where combating racial inequality was a dominant theme.

“Today’s meeting was an incredible experience,” Tolliver, who plays power forward for the Memphis Grizzlies, was quoted as saying in an NBPA news release.

“With the Pope’s support and blessing, we are excited to head into this next season reinvigorated to keep pushing for change and bringing our communities together.”

Video of the meeting showed the players presenting the Pope with gifts including an Orlando Magic jersey.

Roberts said the meeting validated the power of the players’ voices.

“That one of the most influential leaders in the world sought to have a conversation with them demonstrates the influence of their platforms,” said Roberts.

“I remain inspired by our players’ continued commitment to serve and support our community.”

The league and its players ramped up their calls for system-wide reforms last season after the death in May of George Floyd, a Black man who died in police custody in Minneapolis in an incident that was captured on video.

The COVID-19 interrupted season resumed inside a bio-secure bubble in Florida with players wearing social justice messages on their jerseys and “Black Lives Matter” printed on the basketball courts.

The new NBA regular season is scheduled to kick off on Dec. 22.