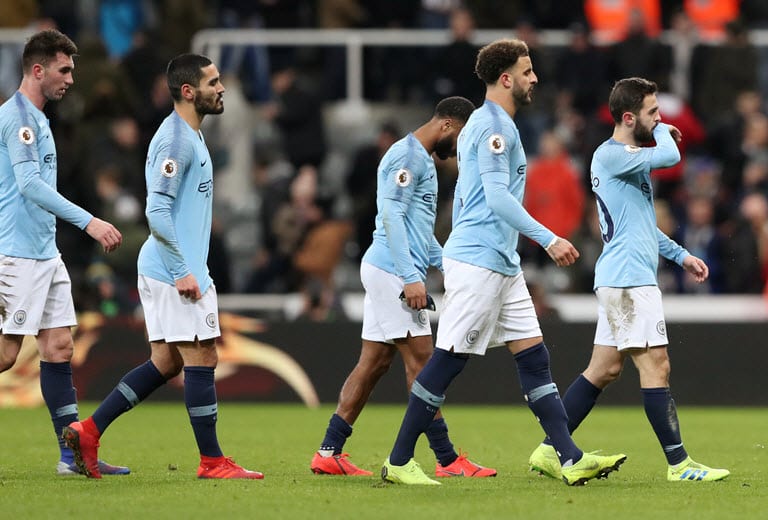 Manchester City’s title hopes suffered a huge blow as Newcastle came from a goal down to record a remarkable victory over the defending champions at St James’ Park.

Two defensive lapses cost Pep Guardiola’s side the chance to cut Liverpool’s lead at the top of the Premier League to one point. The Reds face Leicester at home on Wednesday.

City could not have got off to a better start when Sergio Aguero’s hooked home after only 24 seconds.

The Argentine also had a goal disallowed soon after when referee Paul Tierney adjudged Kevin De Bruyne had delivered a free-kick before he gave him the signal. The Belgian was booked as a consequence.

The home support erupted in the 66th minute when Salomon Rondon instinctively fired in after connecting with Isaac Hayden’s header from 12 yards out.

And the match turned on its head in the 78th minute when the Magpies were awarded a penalty after Fernandinho – overplaying at the back – fouled Sean Longstaff in the area after being robbed of possession.

Matt Ritchie waited more than two minutes as City keeper Ederson received treatment, before firing his spot-kick beyond the reach of the Brazilian.

Many will be looking at this scoreline in disbelief. 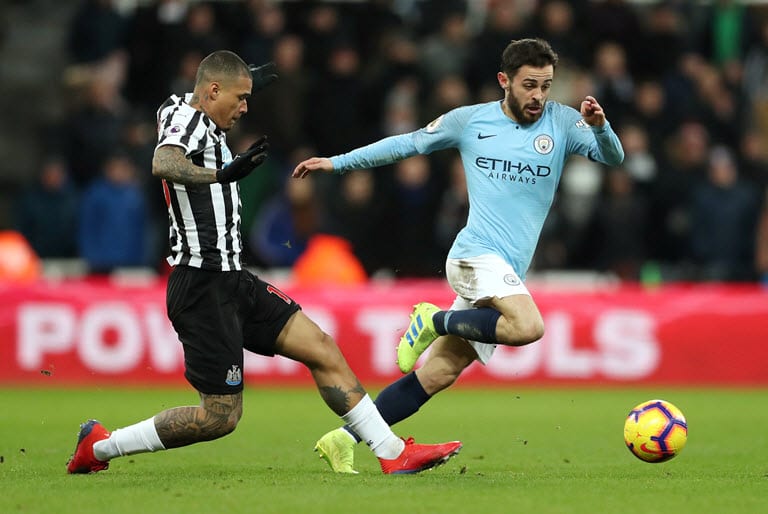 City had not lost to Newcastle in 22 league games, with the North East club having only collected three points from a possible 66 against their opponents.

Guardiola’s side came to St James’ Park on the back on a 5-0 thrashing of Burnley in the FA Cup, and having put three goals past Huddersfield and Wolves in their previous two league encounters.

Nothing less than three points seemed likely and when Aguero fired City into the lead inside a minute, following a cross from Raheem Sterling, that became an apparent certainty.

But then City eased off the pedal.

They continued to dominate possession but Newcastle sat deep and only allowed City’s widemen to get in behind them on a handful of occasions.

Sterling should have made the most of those rare crosses that got through into the six-yard area, but he failed to attack Leroy Sane’s delivery – much to the frustration of his manager.

And Magpies keeper Dubravka only made one save of note – a block to keep out David Silva’s effort in the 58th minute, which was City’s final effort on target. 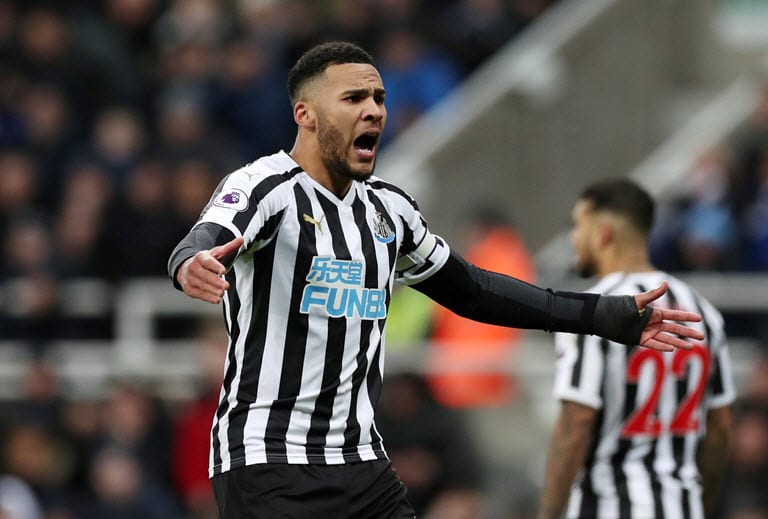 This defeat could be the moment City look back on as pivotal in the title race.

Two efforts on goal and two on target: Newcastle’s forays forward might have been few but, unlike City, they made the most of them.

When Newcastle wanted relief from City’s persistent attacks they sought Rondon whose hold-up play was impeccable once again.

The Venezuelan also remains the Magpies’ biggest weapon in the opposition area and, with his first attempt on goal, he hooked a shot past the reach of Ederson.

Benitez no doubt would have been happy with a point, but his side were then given a golden opportunity to take all three.

The usually focused Fernandinho lost his bearings 12 minutes from time when his attempt to play a backpass to his keeper was pounced upon by Longstaff.

The midfielder had his legs clipped by the Brazilian midfielder and Tierney signalled a spot-kick.

Ederson needed treatment on the pitch which kept the home crowd and penalty-taker Ritchie waiting, but the Scot kept his nerves in control and fired low to the left of the City keeper once play resumed.