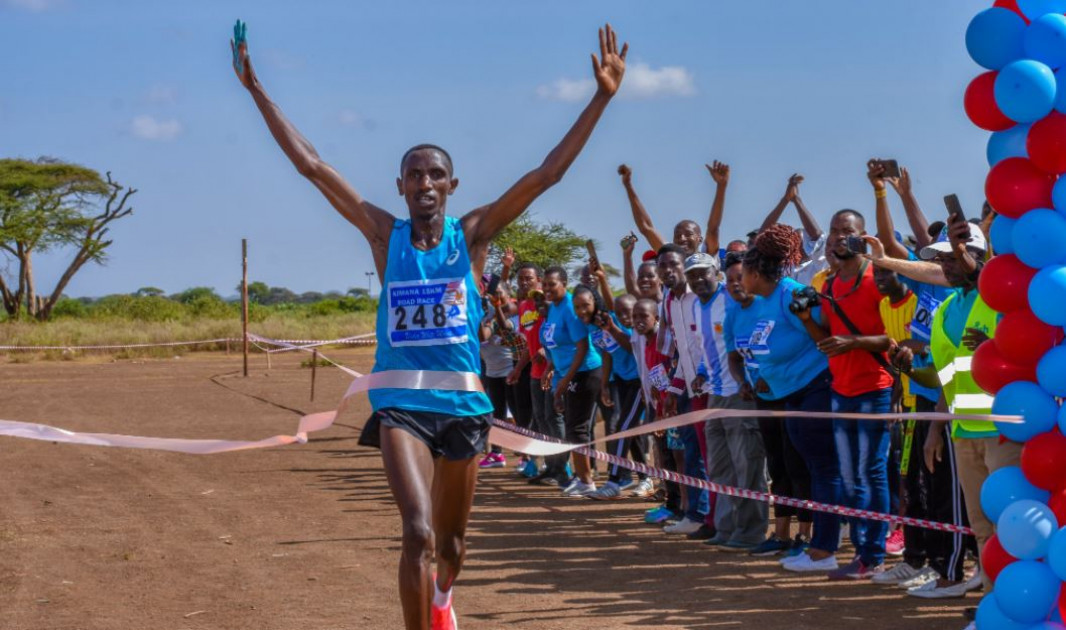 Commenting on her 15Km win Chesanga said though the cause was very tough being a sunny day  she manage to brace the high temperatures and win the race, terming the race as preparation for the future  races.

Speaking after emerging with the best time in the Kimana Road Race Ngetich who trains at Nakuru’s Kirenget camp says he is using the race to sharpen his future endeavors.

Winners in each categories walked away with 80K with others up to position 12 was also awarded cash each.

According to Race Organizers led by Robert Saruni  they lauded participant in that race which attracted 89 professional male athletes and 41 professional women athletes drawn from different parts of the country.

The event was also graced by Athletic Kenya led by senior Vice President Paul Muthui who said the Body is keen on making sure that professional athletes are not trapped in doping menace, Muthui also lauded the Organizes promising to offer fully  support  in future races.