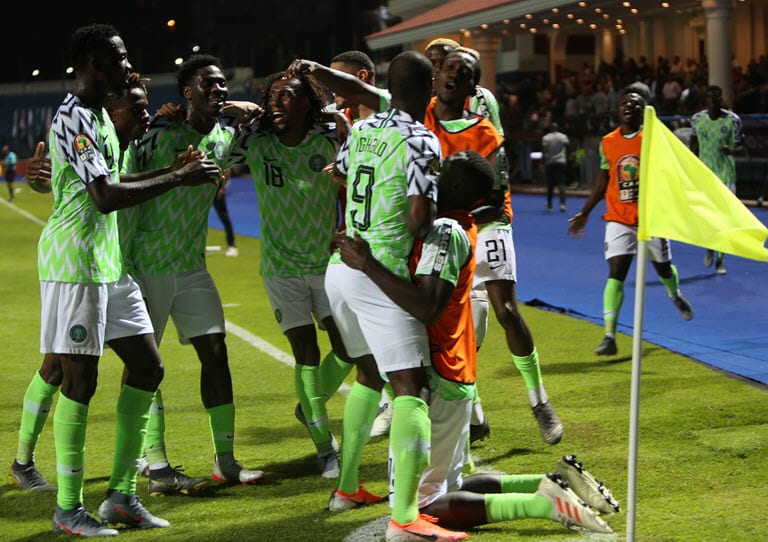 Nigeria’s football federation (NFF) says it has received “part of the money” allocated by the government for the national side’s participation at the Africa Cup of Nations in Egypt amid threats of protests by the players.

Forward Ahmed Musa failed to take part in a press conference in Alexandria on Tuesday with coach Gernot Rohr telling reporters that the players had an “important meeting.”

The BBC said that the team, who face Guinea in Group B later on Wednesday, were an hour late for training on Tuesday and have not ruled out further action.

The NFF’s acting president Seyi Akinwunmi said in a statement that it had received enough money to pay the players their win bonus for beating Burundi 1-0 in their opening game on Saturday plus cash other games.

“We want to specially thank His Excellency, President Muhammadu Buhari for his keen interest in resolving this matter quickly, which has enabled us to receive part of the money in record time,” he said.

“We have immediately started the process of converting the money to American Dollars at the Central Bank in order to pay the players the bonus for the win over Burundi three days ago as well as plan for subsequent games.”

Akinwunmi said he had a “telephone discussion” with team captain John Obi Mikel and “can safely say that all clarifications have been made and the usual cordial relationship and understanding between the players and we the administrators is still intact.”

He added: “I have challenged them to go all out and win the trophy assuring them that their monies all the way to the final is guaranteed. It is now for the players to focus on the championship and deliver glory to the nation.”

Pay disputes before major competitions are not unusual for African soccer federations who often do not have sufficient resources to pay their players high sums.

Cameroon’s players refused to board their flight for Egypt due to a dispute over bonuses last Thursday and eventually travelled the following day despite saying they were still not satisfied. They beat Guinea Bissau 2-0 in their opening match on Tuesday.

Nigeria won the trophy in 2013, then astonishingly failed to qualify for the last two tournaments in 2015 and 2017.