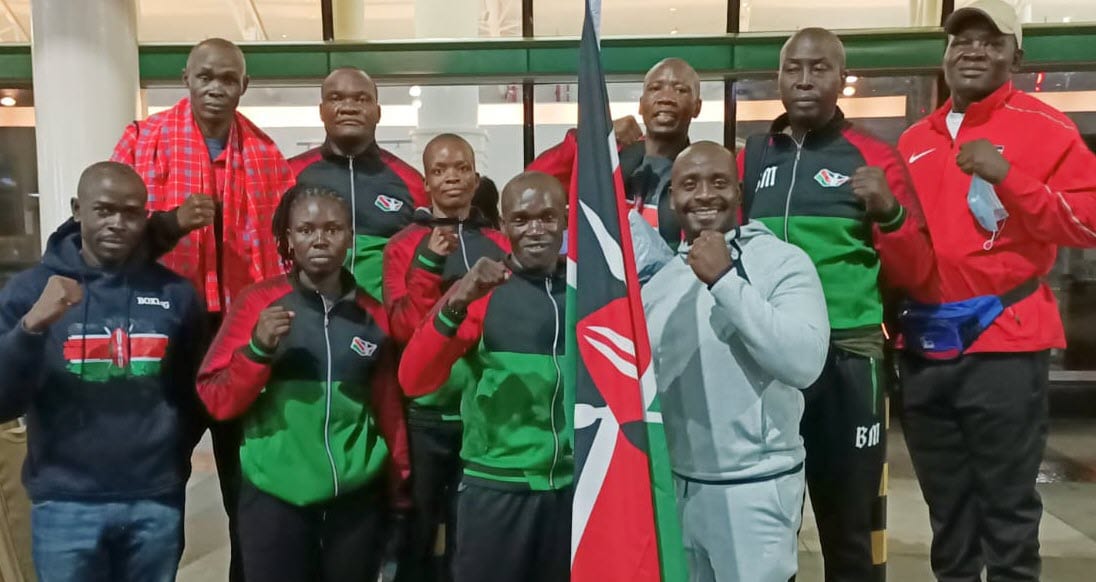 The National Olympic Committee of Kenya (NOCK) treasurer Anthony Kariuki has urged the Boxing Federation of Kenya to come up with a feeder program to revitalize the national team ‘Hit Squad’ .

Kariuki’s remarks comes in the wake of the underwhelming performances by Kenyan boxers who featured in the Konstatin Korotkov International Boxing Championships.

According to Kariuki, the Kenyan pugilists fought against very young and tactical boxers in Russia, hence the need by BFK to change tack and tap young talents to bolster Hit Squad, for future assignments

Kariuki was the leader of the Kenya delegation during the Konstatin Korotkov International Boxing Championships in the city of Khabarovsk, which ended on Saturday with Kenya finishing second to Morocco among African countries that participated in the tournament having won two bronze medals.

“The championship was very good. We were represented by our able boxers against players who they might meet in Tokyo during the Olympics. But it’s now important for BFK to come up with a feeder program because most of our opponents are below 25 years of age and our players are above 30 which affects our performance even though they played well. It was very crucial to involve the team in another international friendly competition before they head to Japan,” said Kariuki.

His sentiments come at a time when the Boxing Federation of Kenya plans to send the four boxers who have qualified for the coming Olympics to the Philippines for another tournament.

Recently, BFK’s Competitions’ Secretary John Waweru confirmed they had written to the Kenyan Government through the Ministry of Sports on their intention to travel to the Philippines upon their return from Russia.

The team will arrive today at 7pm Kenyan time at JKIA after starting their journey on Sunday.