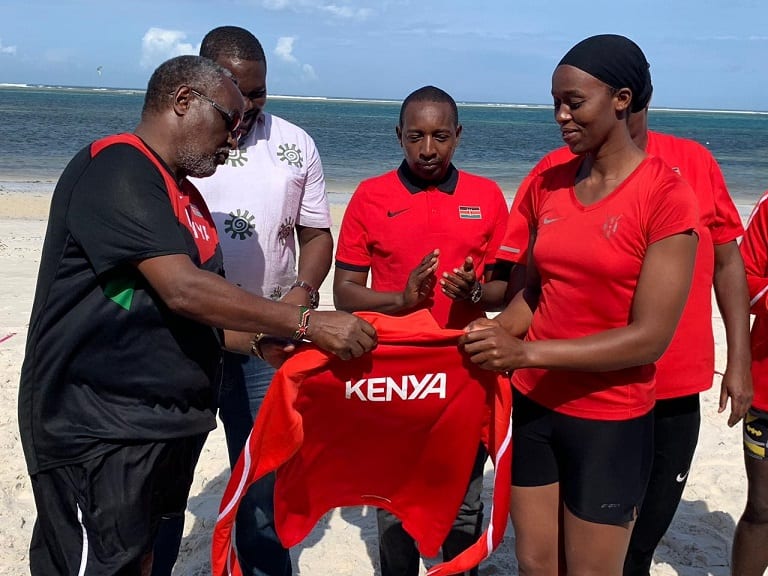 The National Olympic Committee of Kenya (NOCK) on Saturday unveiled Team Kenya that will represent the country in the inaugural Africa Beach Games set to be hosted in Sal, Cape Verde from June 14-23.

Most of the teams including Men’s and Women’s handball, soccer men, tennis and Kite Boarding held their training sessions in the morning alongside the beautiful scenery of the Coastal beach ahead of departure next week.

“The teams are ready, they have been to camp for two weeks and they are excited to represent the country in the first Africa Beach Games. We are looking to make it a regular event in Kenya because we have seen there is so much talent,” Mutuku said after unveiling the team.

He added; “The Africa Beach Games will also be used as qualifiers for the World Beach Games scheduled for October later this year, so we hope and pray that our athletes as many as possible meet the qualifying mark.”

Kenya will be represented in seven disciplines where it will have one athlete in Kite Boarding, two in Half Marathon (Man and Woman), one in Canoeing and Rowing, the Beach Volleyball men’s and women’s teams, one Karateka, Beach Soccer men, Beach Handball men and women, the Beach Tennis men’s team and one swimmer. 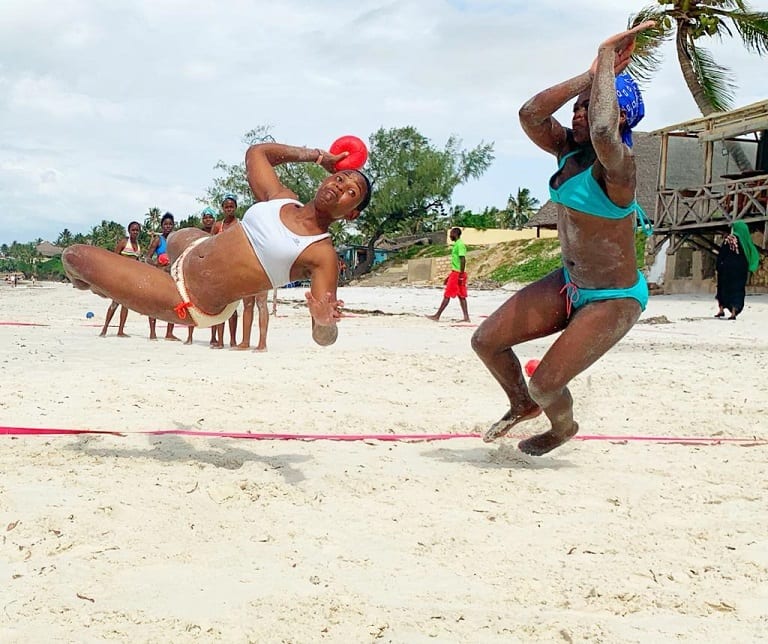 The teams have been intensifying training with the Kite Boarding representative having his session in Mombasa, the woman’s Half Marathoner Florence Nduku Malyunga is training in Machakos while the men’s marathoner Charles Yosey Mneria conducting his fitness in Eldoret.

The women’s Beach Volleyball team is led by experienced Gaudencia Makokha who will pair with Naomie Too while the corresponding men’s team will be comprised of Ibrahim Oduor Odindo and James Gathua Mwaniki.

A total of 54 countries will compete in the continental assignment that will involve 11 different sports with up to 1000 athletes expected to descend on the island of Sal.

The games will get underway with the Beach Handball, Beach Tennis, Karate as well as Rowing and Canoeing on 14th June 2019.