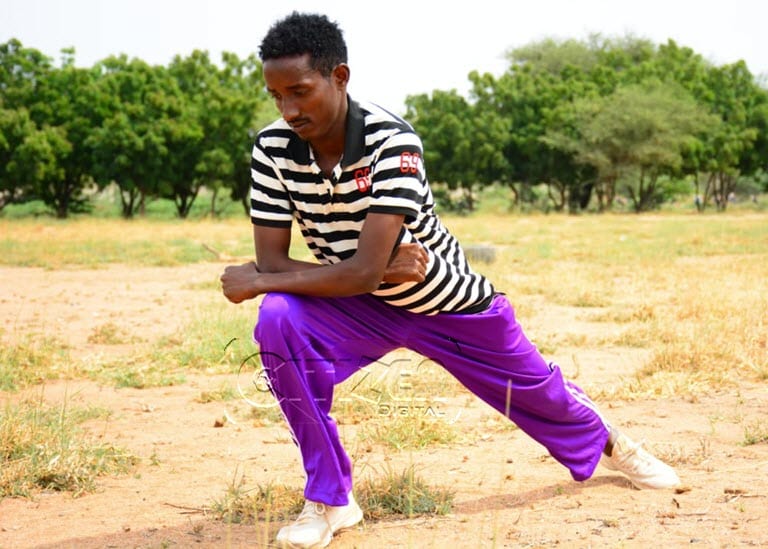 While it is almost a routine to meet an athlete in the Rift Valley region doing a morning run at the crack of dawn, it is similarly difficult if not impossible to spot an athlete from the North Eastern region doing the same at such hours.

Over the years, the region which comprises Mandera, Wajir and Garissa counties has remained silent, almost forgotten as far as sports in Kenyan is concerned.

Not football, not athletics, not volleyball…none of the sports can be associated with the region.

However, this narrative could soon change thanks to the silent efforts being rolled out by Athletics Kenya (AK) who at the weekend toured the region in a meet-up exercise with upcoming athletes from the region who have been training at the North Eastern National Polytechnic in Garissa.

In their visit, the AK delegation led by senior vice president Paul Mutwii handed over food donations to athletes who were preparing for the postponed World Under-20 Championships.

Although athletes may be facing a myriad of challenges with the region being a hardship zone categorized by harsh climatic conditions, they are still soldiering on hoping for a brighter future ahead.

“I have at least 50 athletes but not all of them turn out regularly for training. Some even come for a few days and thereafter they disappear never to be seen again. It is a real challenge here because many do not value sports, especially athletics,” said coach Ahmed Mohammed.

AK North Eastern region chairman Abdullahi Salat said it is a major challenge to raise athletics standards in the region noting that poor sporting infrastructure has further distanced many budding athletes from the sport as they only depend on the Polytechnic which doesn’t even have a standard track.

“We can’t cheat ourselves, athletics in this region is still struggling for many reasons and that is why we are very happy that we have our leaders from the head office and we hope the approach will change,” said Salat.

Salat said climatic conditions in the region is one of the main stumbling blocks that has inhibited the growth of the sport.

“Unlike other places it is very difficult for athletes to train during the day because of the heat. In fact,  if we had good facilities our athletes could be training even at night when the temperatures are somehow low. However, for now, if our athletes can be sponsored to train in other favourable places then it will really help them,” said Salat.

Ali Osman is one of the sprinters who was training his guns for the World Under-20 Championships which was slated to be held in July 7-12 in Nairobi but were postponed owing to the spread of coronavirus.

The 19-year-old alumnus of Boys Town High School in Garissa took part in the national trials used to select the Kenya team for the 2018 World Under-20 Championships that were held in Tampere, Finland.

The 400m athlete who has competed both at the National Primary and Secondary Schools Games said he is eager to make it in athletics despite many challenges they face.

“We don’t have stadiums to train on and also training equipment like spikes which is very necessary for a sprinter. Our appeal is for AK to organise for us to train in other places like Rift Valley so that we can expose ourselves. I know we have very good athletes in this region,” said Osman.

Mutwii observed that the region is capable of producing the best athletes like double Olympics champion Mo Farah of Britain and Canada’s Commonwealth Games 10,000m silver medalists Ahmed Mohammed- both with Somali roots. 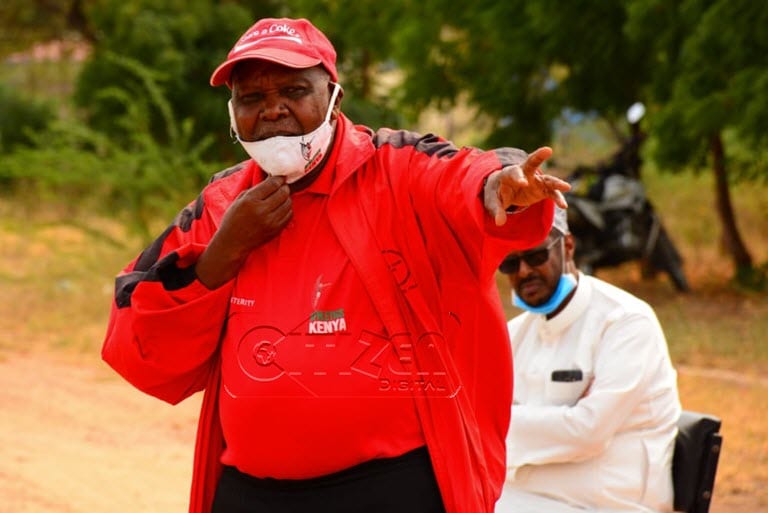 “I want to tell these athletes that they are capable of becoming world beaters just like Farah and Ahmed who are now beating everyone in the world. We have seen the challenges they face and I will take the report to our (AK) president so that we can see the way forward. The first thing is to establish a camp and it is good that the Polytechnic is willing to accommodate them here for training,” said Mutwii.

With the pastoralist communities adhering strictly to cultural practices, girls have not engaged in athletics as Mutwii pleaded with the leaders to allow girls to take part in the sport.

The region marked the end of AK tour on the 20 camps set up for junior athletes who were preparing for the World Under-20 event.

More than 1,400 athletes from the 20 camps distributed across the country have benefited from the stimulus package that saw athletes receive foodstuffs worth Sh3,000 and an equal amount of cash stipend.

Mutwii was accompanied by AK CEO Susan Kamau and other members of the Youth and Development Sub Committee.