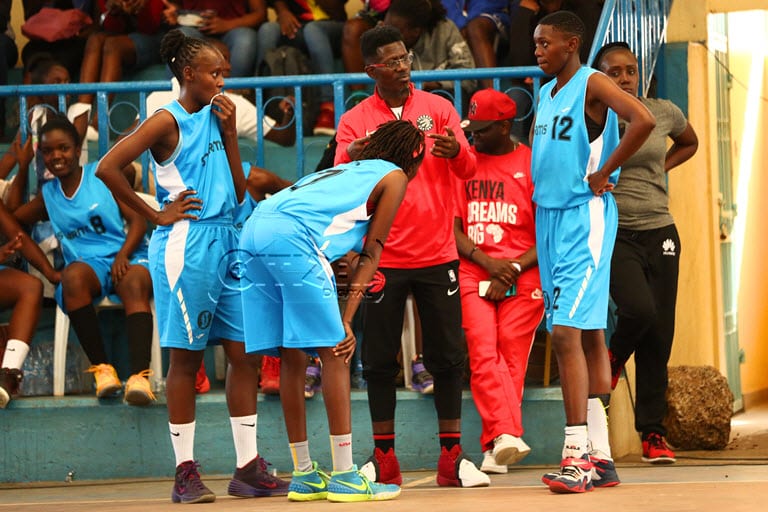 Nson joins Sadat Gaya in the technical bench assisting head coach Liz Mills, and his first role will be guiding the team for the upcoming championship as the Morans return to the continental showpiece for the first time in 28 years.

Nson is optimistic his wealth of knowledge in the local league will count in bringing the best out of the Morans.

“I have worked together with some of the players during the junior championship in Alexander, Egypt in 2008 when they were playing for the national junior team. I’m looking forward to working together with coach Mills and Gaya to come up with the best formula possible, it’s an incredible moment for me,” said Nson.

Nson, 43, fondly known as ‘Alibaba’ among the basketball fans in Kenya, has been in the country since 2003.

The father of two was born in Cameroon but was raised in the USA where his parents had relocated to for education and work.

His initial mission to Kenya was to study and play basketball in USIU. Upon arrival he immersed completely in the culture and played in the Premier League for his entire career as a player.

Being one of the finest three-point shooters at his time, he won the East African University Games Cup with USIU in Nairobi in 2004, two league titles with Cooperative Bank in 2010 and 2011 and with the Zone V Championship in 2010.

He has won two league titles and a Zone V trophy in 2015 as an assistant coach with USIU Flames having also previously coached Masaku Sparks.

He is also a scout for the Toronto Raptors in the NBA and has been involved in the conceptualisation and execution of several development programs locally notably Sprite Slam and the AND 1 tour, ZUBL (Zuku University basketball league) and Giants of Africa basketball camps.

Recently he was in Kigali for the first edition of the NBA Africa’s BAL (basketball Africa league) as a team liaison and worked closely with basketball teams during that event.