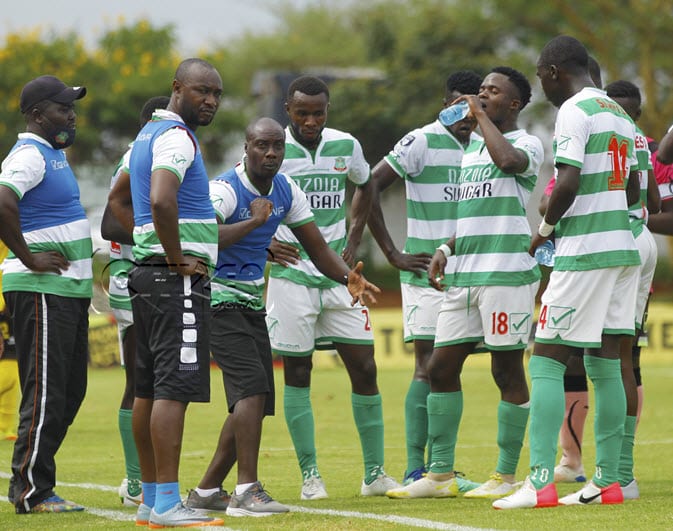 Nzoia Sugar FC captain Peter Gin says his side paid the ultimate price of failing to take their chances as they fell 1-2 to Vihiga United in an FKF Premier League match at the Sudi Stadium.

Gin attributed the defeat to “hard luck”, maintaining that they gave a good account of themselves.

“We really played well, created chances but only failed to convert the opportunities into goals.

The team has really improved and we are hoping to get the three points against Western Stima in our next assignment,” said Gin.

The Vihiga defeat is the first for Nzoia at their Sudi backyard after managing three wins and five draws in its last eight home matches before Wednesday’s disappointment.

The sugar millers remain at position 14th on the FKF PL log with 17 points from 18 matches while Vihiga moved one step up in position 15th on the standings with 15 points.

Nzoia will be on road on Saturday to play relegation-threatened Western Stima in yet another derby at the Moi Stadium in Kisumu aiming for maximum points.

Western Stima fell 2-1 to Nairobi City Stars in their recent assignment and will be aiming to redeem themselves against the sugar millers.