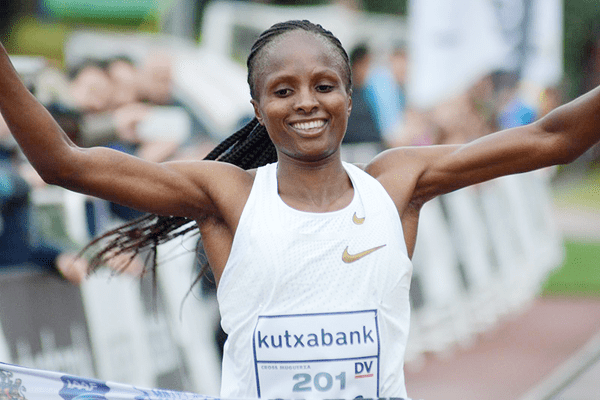 While the 19-year-old Kipruto got the better of Ethiopian rising star and defending champion Selemon Barega, Obiri was head and shoulders ahead of Uganda’s Commonwealth 10,000m champion Stella Chesang and world steeplechase record-holder Beatrice Chepkoech.

On the eve of the competition, Kipruto was being touted as the marginal favourite ahead of Barega. As was the case last year, the Ethiopian teenager set off at a fast pace and led the opening 400m on the track with Kipruto and his fellow Kenyan Stanley Waithaka, the world U20 5000m silver medallist, in close attendance.

The trio ran together for the first three kilometres but then Kipruto – who last year produced the second-fastest 10km performance in history with 26:46 – began operating at a brisker pace. Some 10 minutes into the race, he had opened up a clear lead thanks to a 6:05 split for the 2.1km lap.

A 6:02 clocking for the next lap increased the Kenyan’s lead to 10 seconds over Barega, himself another seven seconds ahead of Waithaka with a couple of 2.1km loops remaining.

Although Kipruto’s pace dropped significantly on the next lap (6:17), he managed to extend his advantage to 17 seconds at the bell. There were no remarkable changes during the closing circuit and the Iten-based Kenyan romped home unopposed in 32:05 after another 6:17 split.

Barega had to settle for second place on this occasion, 22 seconds in arrears, with fellow teenager Waithaka completing the youngest podium in the history of the event.

“Today’s race was my first completion in Spain,” said Kipruto, who is coached by Brother Colm O’Connell, the man who led David Rudisha to his Olympic 800m gold medal in London. “I enjoyed the circuit; it was full of ups and downs. I’ll now go back to Kenya to prepare the national trials for the World Cross Country Championships.”

Asked about his summer plans, Kipruto confirmed he hopes to make the Kenyan team for the IAAF World Athletics Championships Doha 2019 in the 10,000m. And when asked who his idol is, he had one simple answer: “my fellow Kenyan Eliud Kipchoge.”

Barega was gracious in defeat. “Kipruto proved to be stronger than me today; that’s all,” he said. “I’ll next compete at the Ethiopians trials for the World Cross Country Championships on 23 February and I’ll maybe tackle the 3000m indoors.”

Looking ahead to the World Cross Country Championships in Aarhus, the world indoor 3000m silver medallist is aware of who his main rivals will be. “I think Kenya’s Geoffrey Kamworor is the top name now,” he said. “Also Kipruto, the Ugandans (Joshua) Cheptegei and (Jacob) Kiplimo plus my fellow Ethiopians will be hard to beat there.”

Obiri in a class of her own 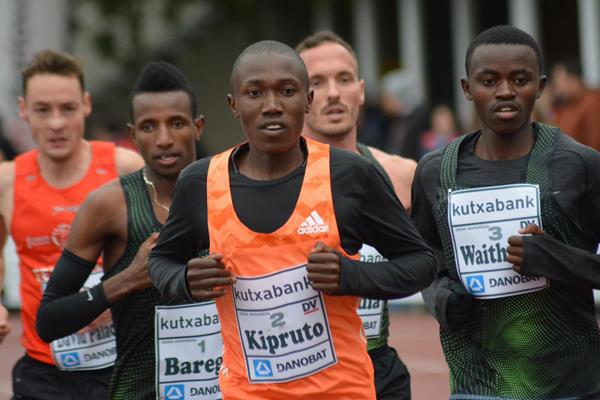 The women’s 7.6km event started at a moderate pace, led by world steeplechase record-holder Beatrice Chepkoech. The Kenyan covered the opening 400 metres in 1:14 closely followed by Obiri, Chesang, Turkey’s Yasemin Can and Britain’s Lily Partridge, who was the first athlete to be dropped from the main pack.

It was before midway when Obiri moved to the front and began to push hard. The Commonwealth 5000m champion soon opened a sizeable advantage on Chesang, Chepokoech and Can, who was never a factor and had already lost any podium chances by then.

After a 6:46 loop, Obiri led by five seconds over Chesang and eight over Chepkoech. From then on, the 29-year-old Kenyan strengthened her lead thanks to a penultimate circuit of 6:38 to reach the bell 16 seconds ahead of the Ugandan, herself four seconds clear of Chepkoech.

Following a 6:48 final lap, Obiri comfortably crossed the finish line in 24:39 no fewer than 20 seconds ahead of Chesang while Chepkoech easily secured the third place on the podium.

“I knew I was in good shape after my 29:59 10km run in Madrid on 31 December but today’s a cross-country race and that’s different,” said Obiri. “Fortunately I felt great throughout and managed the win. I’ll compete at the Kenyan trials for Aarhus but my main goal for this year is to retain my world 5000m title in Doha.”

Britain’s Zakariya Mahamed and Amelia Samuels earned the prestigious ‘Mamo Wolde’ Trophy by taking respective victories in the U20 events.

The next IAAF Cross Country Permit meeting will be the Cross Internacional de Itálica in Seville on Sunday 20 January.

Emeterio Valiente for the IAAF