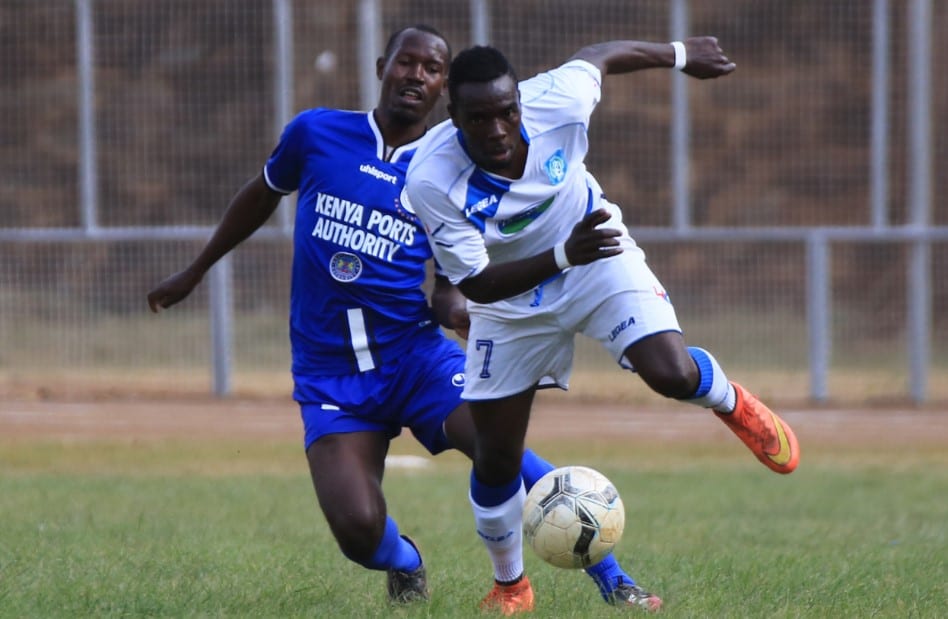 Bandari FC’s pressure crumbled nine-man Thika United just in the nick of time, as the hosts failed to protect a 1-0 lead to settle for a one-all draw in a Kenya Premier League (KPL) match played at Thika Sub-county Stadium on Wednesday, August 24.

There was a goal at the end of each half, with Cameroonian forward Joel Tata netting the opener for Thika at the stroke of half time before veteran midfielder, Anthony Kimani, pulled the visitors level in the 90th minute.

Despite stealing a vital last minute point from Thika United, Bandari FC interim coach Kennedy Odhiambo lamented his team’s lack of a cutting edge, saying all the three points were theirs for the taking.

“We can only blame ourselves; we had enough chances to score two or more goals and win the match. Most of my regular starters were out so I’d say picking a point away from home is a positive result for us,” Odhiambo told Citizen Digital.

“We played far much better in the second half. After they were reduced to ten men we opted to rest a defensive midfielder and plucked defensive duties off Kimani’s shoulders so he could move further up front.”

That tweak and the introduction of another attack-minded midfielder, Michael Apudo, in place of Omar Boraafya paid off for Bandari as they instantly swung the control of the match in their favor, dominating almost the entire second half.

“We were hard done. The first red card was not justified and since I was preparing to make a change it disrupted our game plan. We, however, don’t dwell on these kind of decisions and I will be focusing on the task of having to control my players before our weekend GOtv clash against KCB,” Nandwa stated.

In another of Wednesday’s KPL fixtures, Ulinzi Stars and Posta Rangers played to a barren draw as Agrochemicals’ bid to earn a KPL promotion took a hit after being stunned 1-0 by struggling Moyas FC in the National Super League (NSL), as they registered a damaging sixth defeat of the season.

Striker Titi Ogutu broke the visitor’s hearts with seven minutes of regular time left to play, lifting his side three places up the log to 13th on 23 points.

It was only the fifth win for the season for Moyas, a result that pushes them further away from the drop to safety.