Okello, Ulimwengu back as Gor gear up for Wazito clash 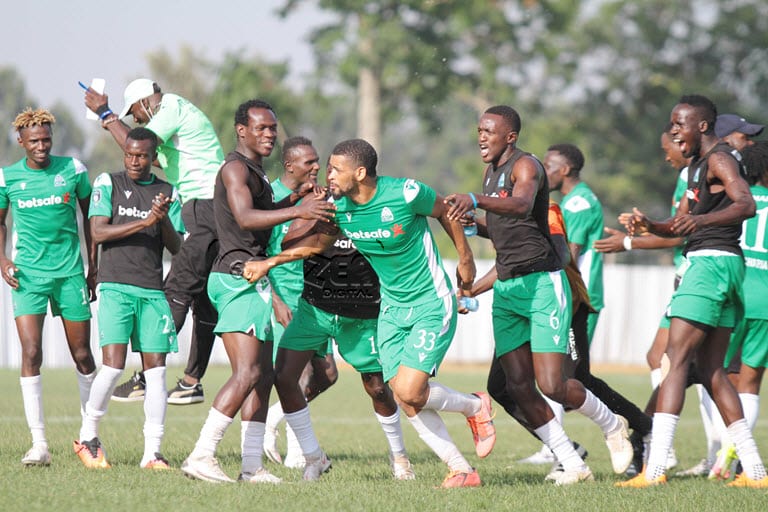 Gor Mahia duo Tito Okello of South Sudan and Burundian Jules Ulimwengu are back in the country as Gor prepares for their 15th round of the Premier League fixture on Wednesday against Wazito FC.

Their return ends speculation that the two were not willing to play for the local champions anymore,  with club Secretary General Sam Ocholla reiterating their commitment to the club.

Ocholla says the two forwards’ absence in the recent past was justified, just like several other players in other clubs had left during the Covid-19 forced break.

“They had just gone to play for their counties during the international break and since there was no action locally, they decided to stay home with their families. I can candidly tell you they are back and committed to the club,’’ said Ocholla.

Ocholla however said Brazilian Silva Fonseca is yet to return from his native country, having left amid reports he was frustrated and thus was not planning to serve K’Ogalo again.

The SG is not perturbed though, as Silva has not requested for release hence the hope of having him back soon.

“There is no crisis at Gor. We have never missed a match and as it stands now, all our players are available except for Silva whom we are expecting soon. I want to tell the media to shun rumours of a mass exodus of players from Gor. There is no truth in that whatsoever,’’ added Ocholla.

While the claimed exodus has been attributed to financial crisis, Ocholla says the club has tremendously reduced the salary arrears owed to players and staff.

“Mark my words, in the next three months, the salary arrears issue will be history. We are on the right track and in a position to address many past challenges. At a point some players were owed monies accruing from up to eight months, but we have reduced the deficit to just two months,’’ asserted the SG.

In the meantime, Ocholla said they are awaiting communication from the Sports and Health ministry’s regarding their Wednesday fixture.

“We are training but the Government needs to give us the way forward. We are in talks with the federation and once cleared, we are ready for any match ahead of us,’’ added Ocholla.

President Uhuru Kenyatta on May 1 directed CS Amina Mohammed and her Health counterpart Mutahi Kagwe to develop a return to sports formula but nothing has been communicated yet.

A win against Wazito on Wednesday will help them dislodge their opponents to the 6th spot on the log. They have so far played 14 matches, winning seven times, sharing spoils once are losing six times.