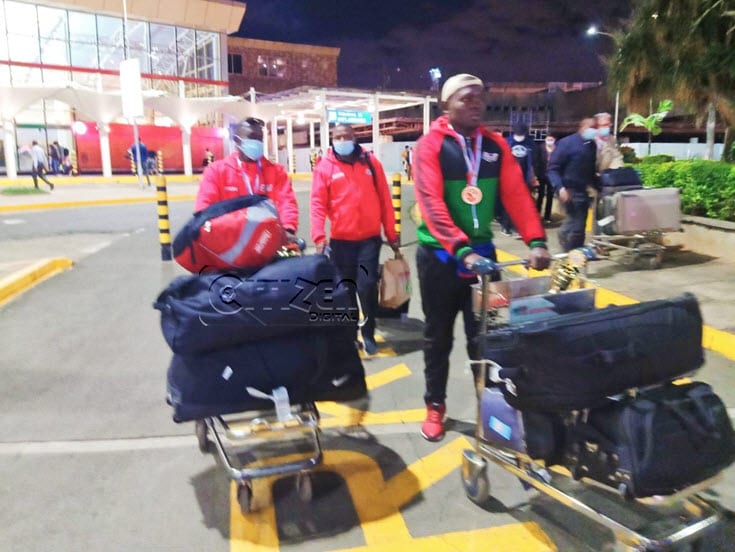 Ouma made the remarks last night when they team returned from Russia where they’d participated in the Konstantin Korotkov Memorial International Boxing Championships at Lenina Regional Sports Complex  in the city of Khabarovsk where they won two bronze medals.

Ouma is also calling for early exposure for the boxers to get acquainted to the internationals standards before they are considered for national team duties.

“It was a good outing for our players. We came up against experienced teams whereby we got an opportunity to learn more from them. Something that was very open is that our opponents started boxing at a very early age. We have to go back to our grassroots and bring up new talents.

In Kenya we recruit players who are above 20 years into our army and police forces and make them boxers. We should pick players who have been boxers from an early age. This is the way forward to measure up to the standards we saw in Russia. That’s the way to go if we are to regain our previous status of a global boxing powerhouse,” said OKware.

Okoth was beaten in the featherweight (57kg) semifinals on a unanimous decision by Russia’s Ovik Oganisyan while Ajowi lost his quarterfinal match against Uzberkistan’s Madiyar Saidrahmov.

The four boxers were handled by three coaches led by Musa Benjamin and assistant coaches David Munuhe and John Waweru.

Otieno who was the only African referee in the tourney officiated 35 bouts, with his last one being the semifinal featherweight match between Tomo Tsuboi of Japan and Azerbaijan’s Umoid Rystamnov.

The tournament attracted three African countries: Kenya, Morocco and Algeria with Kenya being the only country in Africa that produced a referee.