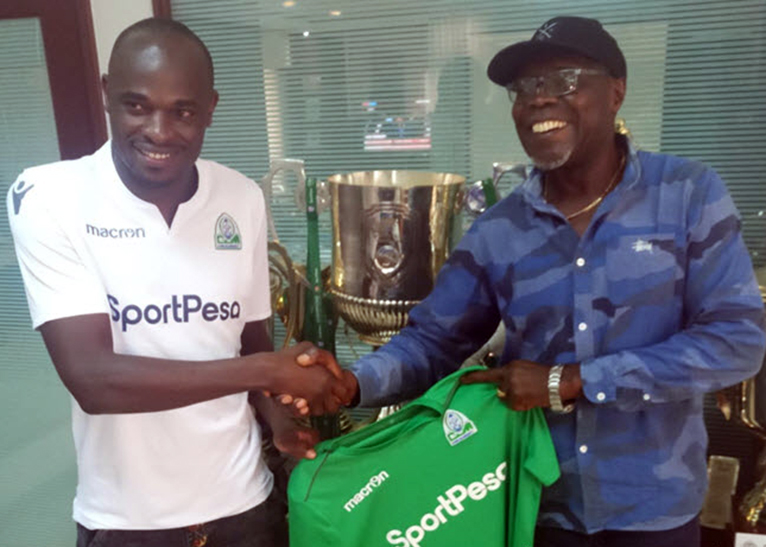 Dennis ‘The Menace’ Oliech made his much hyped return to the Kenyan Premier League scene on Sunday afternoon coming on as a second half substitute in the 67th minute, replacing Nicholas Kipkirui as Gor Mahia battled Mathare United to a 1-1 draw at the Moi International Sports Centre, Kasarani.

Ironically, since Oliech departed the local league scene more than 15 years ago, it was Mathare which he turned out for, and on this particular bright afternoon, he lined up against them, donning the jersey number 14, made so famous worldwide by former French great Thierry Henry during his colourful Arsenal stint.

His return to the local scene, particularly for Gor Mahia, has excited crowds and this was palpable in the build-up to this clash and on match day when the hundreds of K’Ogalo fans, who turned up at the imposing Kenya’s sports cathedral gave him a befitting welcome.

Though now advanced in age, a complete opposite when he burst into the league as a teenager with searing pace, ‘The Menace’ as he is fondly known still exuded the touch that made defenders fear him, making contributions in the game with deft crosses in the Mathare box.

Coach Hassan Oktay has elected to sign him to add bite and pace in Gor’s attack and as to whether the script will go as plan remains to be seen.

K’Ogalo on this day raced to the lead in the 34th minute when Mathare goalie Allan Owiny brought down Gor’s Lawrence Juma in the box and Jacques Tuyisenge stepped up to slot in with relative ease, driving Owiny the wrong way.

Gor came close again with a minute to the breather but striker Nicholas Kipkirui fluffed his chance.

Eleven minutes after the breather, Mathare drew level, also from the box, the 2011 KPL Player of the Year Kevin Kimani fiercely rifling in a penalty awarded after James Situma had been hacked in the box.

“We created chances but lost several which we couldn’t convert, and one point is not good enough for us,”Gor coach Oktay lamented after the match.

“We must start to win the matches,”he said. On Oliech,  he noted: “We tried to improve his fitness level. He is the striker we need in terms of experience and skill.”

Oliech, after professional stints in Qatar with Al-Arabi, and FC Nantes, AC Ajaccio and Auxerre – all in France, will be aiming to regain his best form and probably gate-crush into the Kenyan squad for this years African Cup of Nations finals in June.

With the point earned, Mathare retained the leadership of the log on 14 points, while Gor are now on 7.