Olunga: Algeria stood head and shoulders above us 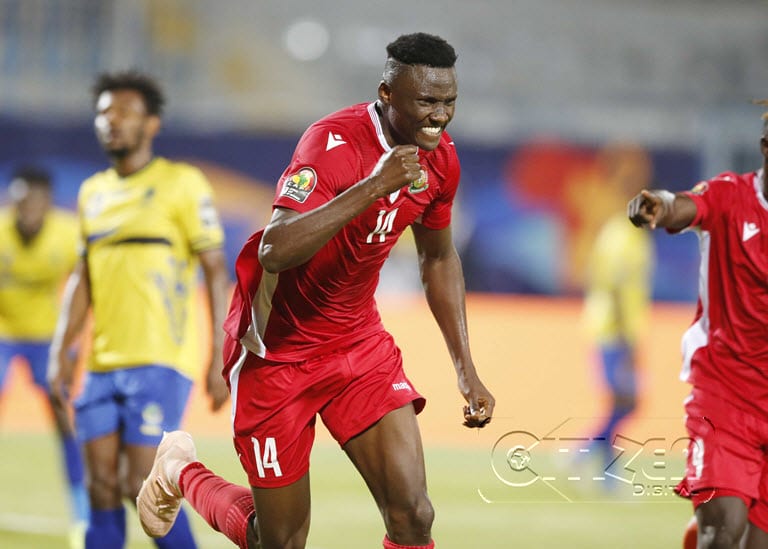 Harambee Stars striker Michael Olunga believes that Algeria stood head and shoulders above them tactically and this counted for the embarrassing defeat in yesterday’s Africa Cup of Nations Group C opener where they fell 2-0.

The Stars are teetering on the brink of early elimination from the biennial competition and will have to do the inevitable – beat Tanzanian (on Thursday) and overcome top ranked African team Senegal to sail through to the knockout stages.

In a post match reflection with Citizen Digital, Olunga said: “We tried our level best but it was evident they were stronger than us .We just concede defeat and look forward to the next game, we still have two games to play.

“I think generally they were just better, they got into the game more quickly than us and I think especially in the first half they were better than us but in the second half we tried to relax and played our game,” explained Olunga who was largely isolated upfront with no proper supply of the balls.

A Baghdad Bounedjah penalty in the 27th minute and a strike by destructive Manchester City winger Riyad Mahrez is all the Desert Foxes needed to outfox Kenya who capitulated in the first half.

Following their win, Algeria and Senegal who beat Tanzania by similar margin, also at the same venue, are joint top on three points as the east Africans are rock bottom with no point.

With a date with Tanzania’s Taifa Stars on the cards, Olunga believes the contest will be much tougher as it is a derby.

“It gonna be a difficult one. A derby is a derby regardless of where it is played or the stage and it is not an easy one but we cannot underrate anyone, we just have to come there and play our game and continue working hard .That is why we have to continue giving our best,” he concluded.

After battling Taifa Stars, Kenya wrap up her group campaign against Senegal on July 1.