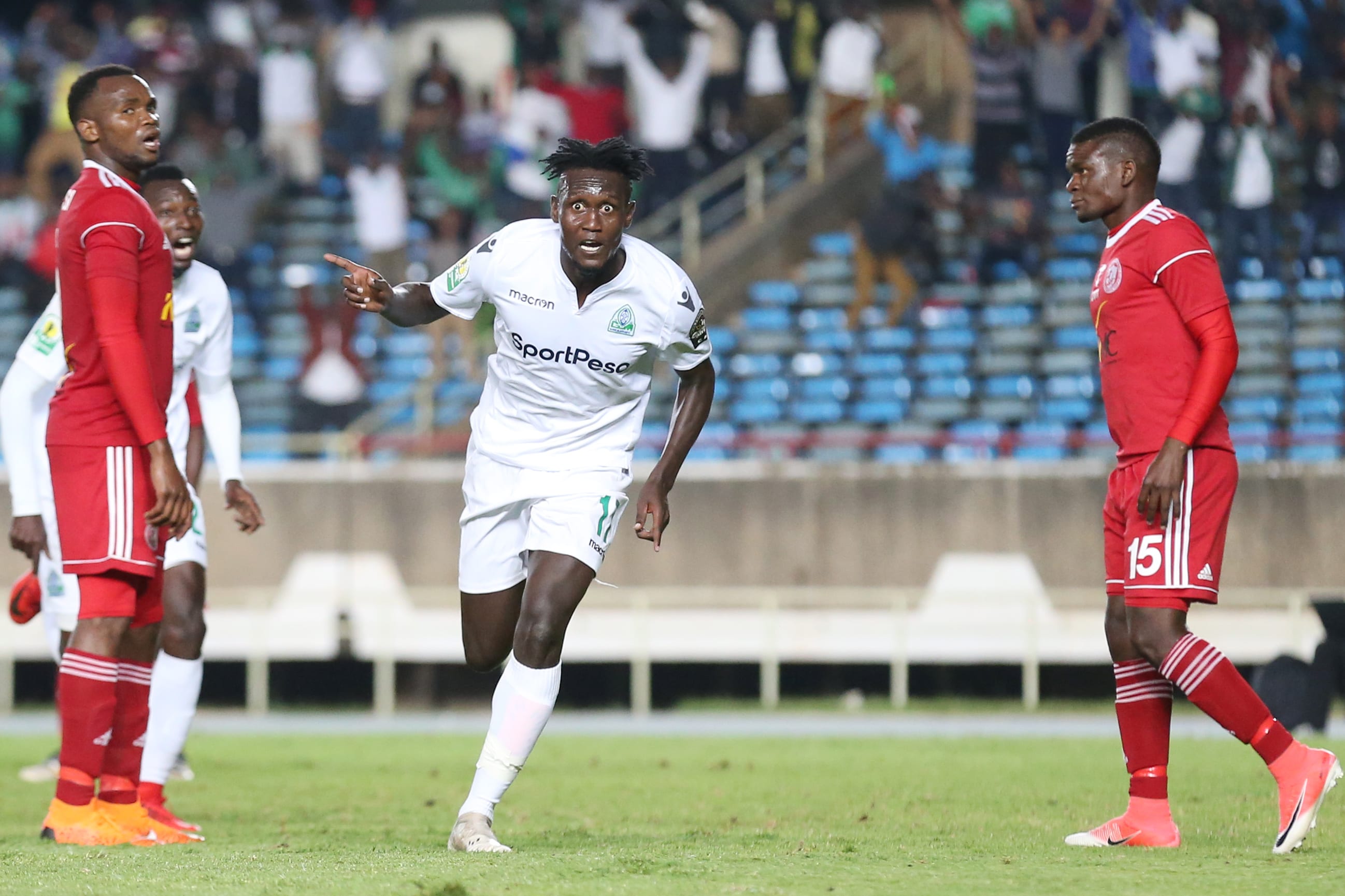 Midfielder Bernard Ondiek hit a stoppage time winner as Gor Mahia FC secured a hard fought 1-0 win over Nyasa Big Bullets to get their continental campaign off on a winning note.

Big Bullets head coach Kalisto Pasuwa had set out his charges to go out and sit back as he sought go back home with a point and for the better part of a drab 90 minutes had looked like it would work out.

But Ondiek stepped up to score the winner and give his side the slim advantage ahead of next week’s return leg of their CAF Champions League preliminary round in Malawi.

Francis Kahata, linked to a move away from the club, was conspicuously omitted from the squad and his creativity was dearly missed as Gor struggled to break down the resolute Malawians at Kasarani.

In a game of few clear cut chances, Gor looked the likeliest to break the deadlock but lacked enough cut to successfully penetrate an opposition that was simply happy to sit back, defend in numbers and wait to counter attack.

Gor were forced to an early substitution when striker Jacques Tuyisenge limped off injured and was replaced by Samuel Onyango with Kenneth Muguna also making a premature exit after sustaining a knock.

Onyango had a goal chalked off for offside in the 52nd minute while defender Philemon Otieno also had an effort cleared off the lines during a second half spell in which it had felt Gor would find no breakthrough.

Captain Harun Shakava often drifted forward and broke through late on after a surging run only to be checked back while the resultant free kick taken by George ‘Blackberry’ Odhiambo was headed clear.

Shakava picked out Onyango and the winger did well to beat his man but his fierce effort was punched away and into the path of Odhiambo whose first time hit was off target.

Humphrey Mieno who had a quiet game then found Erisa Ssekisambu but the striker’s hopeful ball across the face of goal was easily collected by the goalkeeper.

It was the Ugandan’s last piece of contribution to the proceedings as coach Zico withdrew him and sent on Francis Mustafa in his place.

Odhiambo appeared to have broken through as the game wore on into the last 10 minutes but went down under a challenge with the referee waving play on when it appeared he had been caught from behind.

Otieno should have scored from point blank range with three minutes left yet it was Ondiek that rose to the occasion to slot a cool finish for the winner.