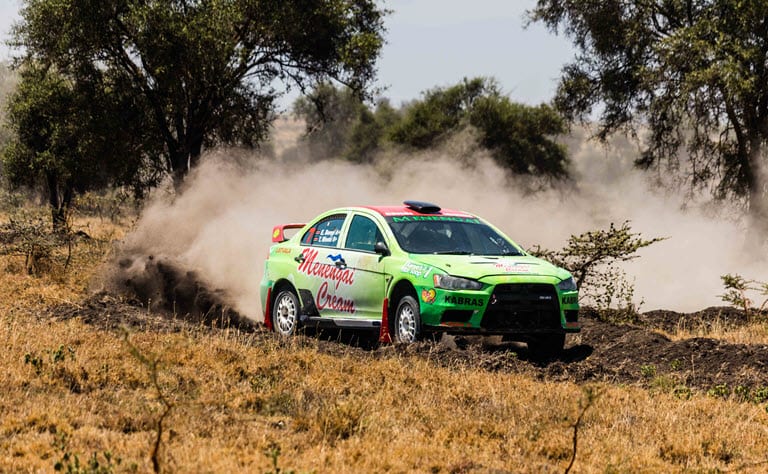 In the interest of safety, organizers have called a force majeure to the forthcoming KCB Eldoret Rally 2019.

This means that the Western Kenya Motor Club (WKMC) organized event, initially programmed for the weekend of April 5-6, will not take place as earlier scheduled.

Eldoret Rally, previously known as Raymond Rally back in the 1980s, was scheduled as the third round of the eight-leg 2019 Kenya National Rally Championship (KNRC) after Nakuru and Kajiado.

A statement from Kenya Motor Sports Federation (KMSF) secretariat dated 26th March 2019 said: “This is to inform all Competitors/ Crew Members/Officials/ Sponsors and concerned parties that in the interest of safety and unforeseen circumstances, Western Kenya Motor Club (WKMC) Eldoret, have called a force majeure and the event will not take place on 6 April 2019, as scheduled. We regret any inconveniences caused.”

Onkar Rai made history in February by becoming the first driver to complete a hat trick of wins in Nakuru. His Kabras Sugar Racing teammate Baldev Chager emerged the winner of the Kenya Motor Sports Club organized Kajiado Rally which traversed Kajiado county and Lisa Ranch in Konza.

Round 4 of the KNRC series returns to Nakuru in May organized by Rift Valley Motor and Sports Club.

The fifth round will be the Safari Rally which will run as a candidate event of WRC on the first weekend of July. The Government of Kenya through the Kasarani-based WRC Safari Project established a three-year programme geared towards helping the iconic Safari Rally regain its lost global status by 2020. The Safari Rally served as a round of the WRC between 1973 and 2002. The event is now a round of the FIA African rally Championship (ARC) series.

Regarding Eldoret, the Motor Sports Council of KMSF is expected to make a decision soon but KMSF General Manager Mwaura Njuguna hinted that a new date and venue for KNRC 3 will be announced in due course.