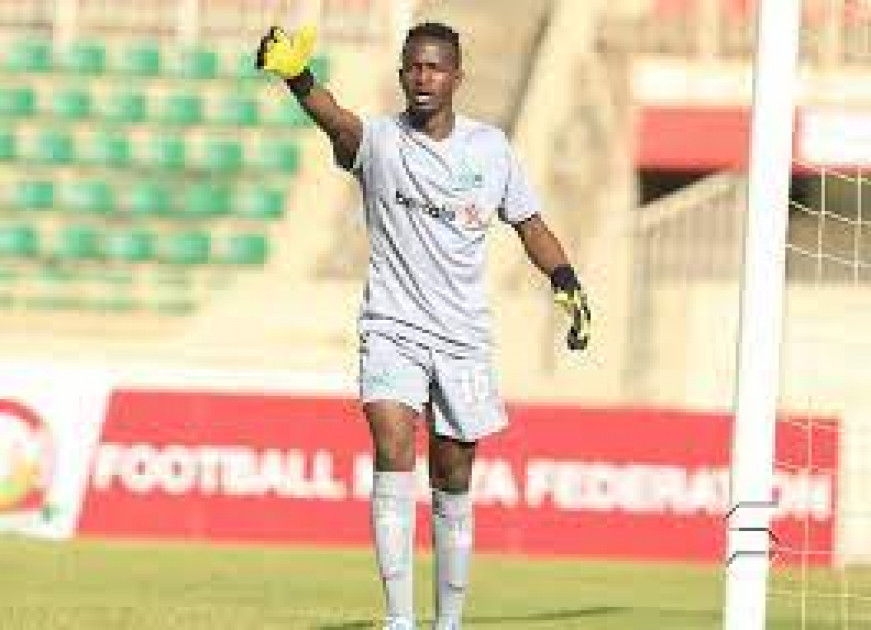 Gor Mahia FC goalkeeper gestures during a past match. PHOTO/Sportpicha)

Gor have won all four of their opening FKF Premier League matches this term and that record will be tested again this afternoon when they visit Ulinzi in Thika.

Pamzo says the target this season is to reclaim the league title which was taken off their hands for the first time in four years when Tusker won it in August.

‘’I can say my team is in good form and we are not worried about any opponent. We are in a very good position to win the league this season having won all our first four matches and conceding only one goal,” Pamzo said.

Pamzo said Sydney Ochieng and Geoffrey Ochieng remain the only absentees due to injury, and the squad is confident they can extend their winning streak.

‘’We will be resting some of our players who will represent us at the continental level since we don’t have many of them. The earlier transfer ban, which has since been lifted, denied us the opportunity to add more players to our earlier list presented to CAF,” he added.

The clash will mark the 52nd time both sides have met, the first meeting being in 1993 when Gor won 2-0.

Their head to head record across that time is almost even, Gor winning 17 times against the Soldiers, drawing 18 times and losing 16 times.