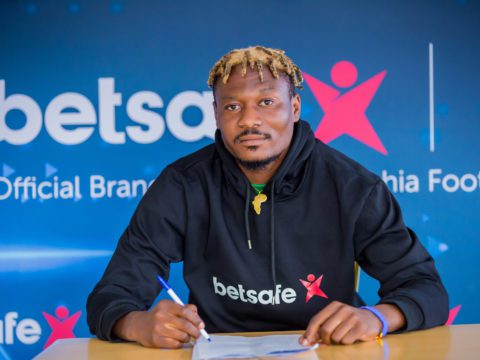 Gor Mahia assistant coach Sammy ‘Pamzo’ Omollo believes Gor has what it takes to cruise past Al-Ahly of Sudan in the CAF Confederation Cup, after watching their preliminary round matches.

Apart from the assessment based on the matches against Atlabara of South Sudan whom Ahly eliminated, Pamzo is also thrilled by the new signings in Gor’s camp hence the confidence.

Others are Sando Yangayay from DRC who previously featured for Aguila, goalkeeper Adama Keita from Indastriel de Kamsar of Guinea; and Wazito FC duo of Dennis Ng’ang’a as well as Boniface Omondi.

Omondi is returning to K’Ogalo after just a season away to Wazito.

Gor will take on Ahly away in Sudan on October 15, with the return leg taking place a week later at the Nyayo National Stadium.

“We don’t know much about this team but we followed their preliminaries against their South Sudanese opponents. This is not a team that can easily beat Gor. We only need proper planning to sail through to the next stage,’’ said Pamzo.

Gor was given a bye in this year’s CAF Confederations Cup first round preliminaries, considering their history and ranking in the inter-club competitions.

Meanwhile two top Gor Mahia players are yet to report to camp despite the rest having reported. South Sudan’s Tito Okelo is has not reported back, neither has he explained his whereabouts.

Winger Clifton Miheso also absent, and is understood to have put demands to the club including salary increment and clearance of his sign-on-fee which he has not been paid before he could pen a new deal.

“We are now full house except for Clifton Miheso and Tito Okelo who are yet to show up. Tito has a running contract and we believe he will show up. Up to now we don’t understand why he has not reported back to camp,” said Pamzo.

On the final match day last season, Okello and Burundian Jules Ulimwengu failed to show up in a match as Gor lost 2-0 to Nzoia Sugar. Ulimwengu has since surfaced as Okello is still missing.