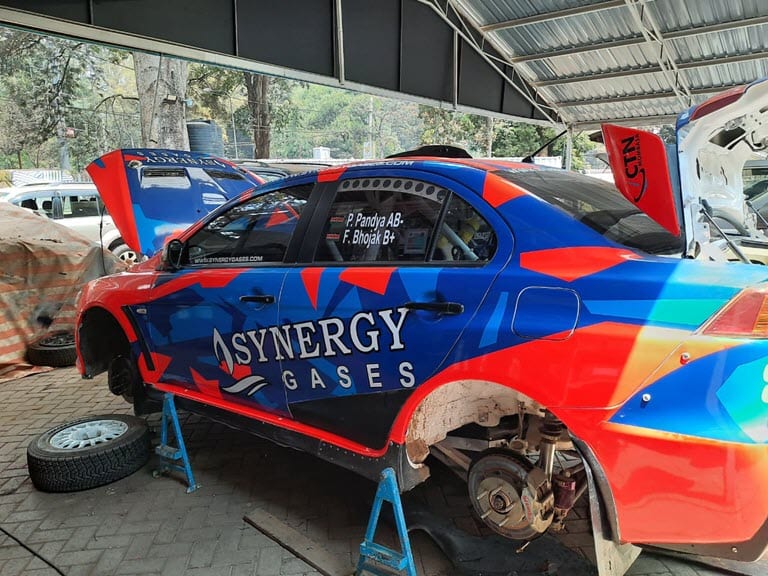 KNRC Division One driver Paras Pandya has pronounced himself ready for the forthcoming WRC Safari Rally.

The Mombasa based Synergy Gases Racing driver has over the last few days been putting final touches to his preparations.

His car has been meticulously fined-tuned by rally ace Baldev Chager at the BHP Performance workshop in Nairobi.
Pandya is among the four drivers from the coast entered for the event.

“There is a palpable sense of excitement among team members. Everyone is looking forward to the WRC event with great expectations.

“We have been into meticulous preparations for the car over the past three weeks and we are hoping to get behind the wheel of our Evolution X with the much needed gusto and excitement,” Pandya said, adding : “We can’t wait to brush shoulders with Priority 1 drivers of the likes of World Champion Sebastien Ogier, Elfyn Evans, Takamoto Kasuta, Thierry Neuville and Ott Tanak.

“Although we are not eligible to compete in the same category with them, being in the same event together with them is a dream come true.”

Pandya will be navigated by his longstanding navigator Falgun Bhojak from Nairobi.

Being a KNRC Division One team and the most active driver from the coast, Pandya is hoping to bring his car back in one piece.

Asked about his fairy tale WRC Safari debit, Pandya narrated: “Our team members and fans will be more than excited to see our car back on the finish ramp. So we are not going to let them down. But again, it is Safari. It’s never over until it’s over. We hope the rally god’s will be on our side. We also lady luck to smile on us.”

Pandya’s co-driver Falgun was all smiles, and overly excited with their Safari entry.

“We have been working very hard to get the car up to 100% after Nakuru Rally which was a very technical and tough rally. It actually took a toll on our car. However Pandya drove very well and had a lot of driver’s sympathy on the car as it was needed to achieve a good finishing position.

“Due to the current pandemic situation and work commitments we were unable to do the ARC Equator Rally but have been preparing for the WRC and currently we are ready to go.”

The WRC Safari Rally Kenya is cosponsored by KCB Bank Kenya and Toyota Kenya among others.

The event returns to the global arena after a long hiatus.