Players futures not on the line, says Zidane 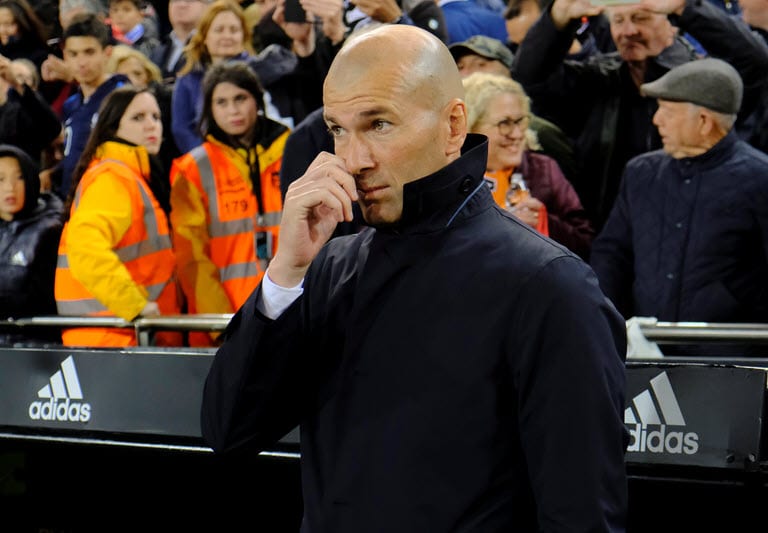 Zinedine Zidane said his players were not playing for their futures at Real Madrid and leapt to the defence of struggling veteran Marcelo after his side succumbed to a 2-1 defeat away to a resurgent Valencia side on Wednesday.

Real fell 13 points behind La Liga leaders Barcelona after their ninth league loss of the campaign — the first since Zidane’s return — and are expected to shake up their squad significantly at the end of what has been a torrid season.

The 33-times Spanish champions are 10 points clear of fourth-placed Getafe in the league and Zidane said performances in their last eight games would have no bearing on who stayed and who departed.

“This final stretch of games is no exam, we have to deal with bad moments like this but it is not going to change a thing,” Zidane told a news conference.

“We were playing against a very good Valencia side who had a lot at stake, and perhaps that was the difference.”

Brazilian Marcelo has come in for heavy criticism this season, losing his place in the side to Sergio Reguilon before being brought back in by Zidane when the Frenchman took charge for his second spell as coach in March.

The 30-year-old defender produced another shaky display against Valencia but Zidane spoke up for a player who played a key role in his trophy-laden first tenure.

“Marcelo is Marcelo and I like the way he plays,” he said.

“I think he is doing well, he is training hard and he is committed. He is not the only one who has had a difficult season.”

Real’s hopes of winning a trophy this season were extinguished last month when they went out of the Champions League at the hands of Ajax Amsterdam and suffered successive defeats to Barcelona in the league and the Copa del Rey.

Zidane conceded it was difficult for the players to remain focused for the remainder of the campaign but urged them to get back on track for Saturday’s game at home to Eibar.

“Right now all I can say is I’m right behind my players and they’re going to keep fighting until the end. A lot will be said in these next two months but we’re going to finish well and look forward to next season.”