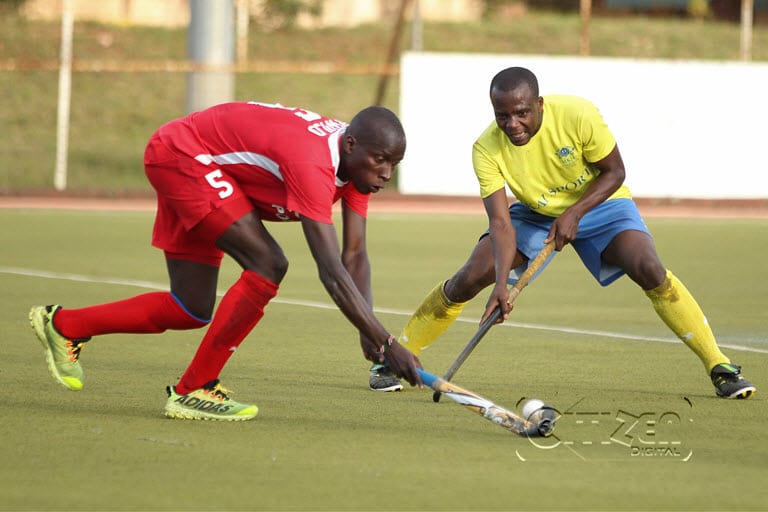 Kenyan Police head coach Patrick Mugambi has challenged his boys to tighten their game if they are to realize their dream of defending the Kenyan Hockey Union men Premier League title.

Police were not at their fluent best but still managed to squeeze a narrow 1-0 win over Sikh Union at the weekend, the outcome hauling their points tally to 54 points and Mugambi insists that a lot more still needs to be done if they are to pip Butali Warriors, also on 54 points to the gong.

“I told the boys when they reach the opponents box they stay calm and create space to shoot,” said the coach, explaining on the tactics that made his charges secure the win.

The lone goal by Police came late in the game after a lackluster performance for long spells but Calvins Kanu had other ideas striking with just seven minutes left on the clock.

Leaders Butali enjoy a better goal difference with two matches left while Police have three including their season-ender with the Butali.

Meanwhile, USIU head coach Tom Olal believes their weekend 1-0 win over Green Sharks at the City Park is a major boost in their fight to evade the chop.

The victory pushed the USIU students up two places to seventh with 24 points.

“The boys played well, they worked extra hard when they didn’t have the ball and when they had the ball which was impressive.”

For his part, Greensharks coach Nixon Nyaganga bemoaned the horrendous season they have had.

Nyaganga’s charges might drop further based on how Wazalendo performs in their last two matches. Wazalendo are fifth with 29 points same with Greensharks.