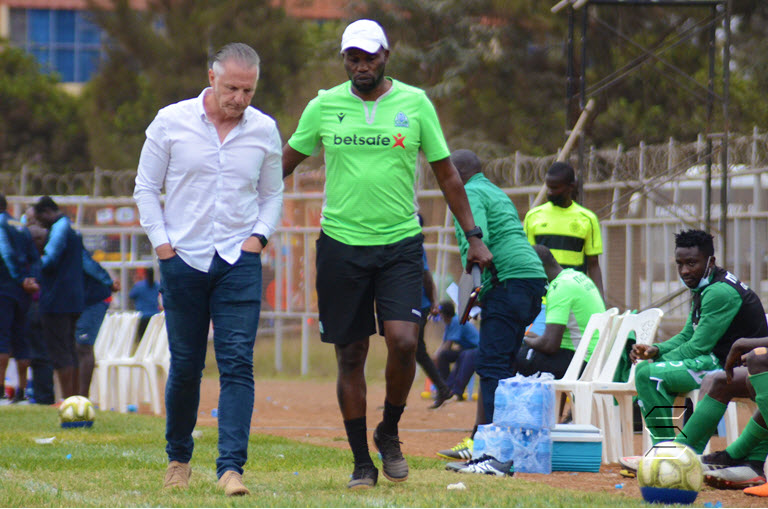 Police FC head coach Sammy ‘Pamzo’ Omollo has expressed satisfaction in their preparations ahead of the new season after edging Nairobi City Stars 2-0 to lift the maiden Elite pre-season cup.

Police who pitched their pre-season camp in Rwanda and bolstered their squad with experienced players from the Kenyan Premier League bagged the Elite Cup unbeaten to claim the Sh1 million prize money.

David Simiyu and Marvin Nabwire scored the second half goals for the law enforcers after a barren first and Omollo is confident they will translate the good form to the league.

“I was pleased by not only winning the trophy but the discipline of my boys especially when we were searching for goals and that shows we are more than ready for the league to commence,” Omollo told Citizen Digital in an interview.

On his part Nairobi City Stars tactician Nicholas Muyoti praised his younger squad despite losing to a more experienced side, noting that they have taken vital lessons from the outing.

“The tourney has also given us good training and reaching the final was an achievement on itself,” said Muyoti.

A total of eight teams participated in the two-week pre-season championship.