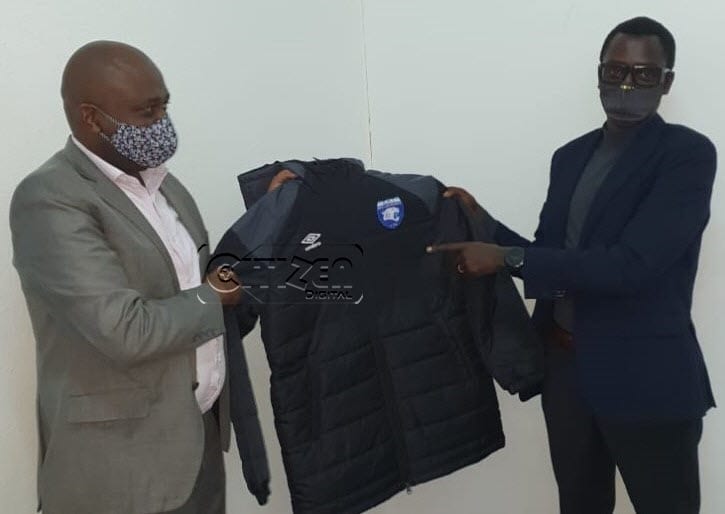 Confirming the development, club treasurer Maurice Chichi says Buzeki promised more support to Ingwe, pledging to work together with the club for its betterment.

According to Chichi, Buzeki assured Leopards that he will work hard to convince corporates to partner with the club.

He gave us Sh500, 000 cheque and insisted that it is only the beginning and a lot is coming on the way,” Chichi said.

Citizen Digital understands that the club boss Shikanda and Buzeki have enjoyed a close relationship dating back to their  high school days at Mang’u. Plans are also in the pipeline to widen the scope of their partnerships.

“He said that he is a die-hard fan of Leopards and that he could even name the team’s line up in the 1990s even though he never knew them physically. He has seen the good leadership in us and passion we have as officials and what also motivates him to invest with us is the fact that there are no wrangles in the leadership under Shikanda,” said Chichi.

“The visit was a friendly one and an indication of good things to come thanks to his pledge,” Chichi added.

Leopards landed a three-year sponsorship deal with a betting company last month which will take effect upon resumption of the league.

This month Ingwe were assured of support by Amani National Congress party leader Musalia Mudavadi who is keen to see to it that the club succeeds.

The last time Leopards won a league title was in 1998 and they are keen to end the long wait next season after renewing Elvis Rupia’s contract for a further one year.

They are also lining up more experienced players to be recruited before the league resumes.