Pipeline, Prisons and KCB — Kenya’s representatives at the Africa Club Championship all performed dismally with Pipeline managing a semis slot, the best by the Kenyan outfits in the Cairo event.

This poor show has caught the attention of Kigwari who wants the matter addressed.

To address the predicament, Kigwari who has clinched five East African titles producing potent players in the process, has urged Kenya Volleyball Federation to convene coaches meeting to deliberate on how to arrest the current situation.

“I have realized North African teams have many techniques which lack from our teams hence their dominance in the continental extravaganza .We need to be trained from the ground level to the top so that we can match our opponents because for instance they are playing their matches very fast, a technique which we don’t have,” he opined.

Kenya, for the fifth year in a row, failed to wrestle the African Championship title from the North African teams who dominated this year’s finals as hosts Al Alhly squared it against their arch-rivals Carthage of Tunisia in the finals for the second year running. 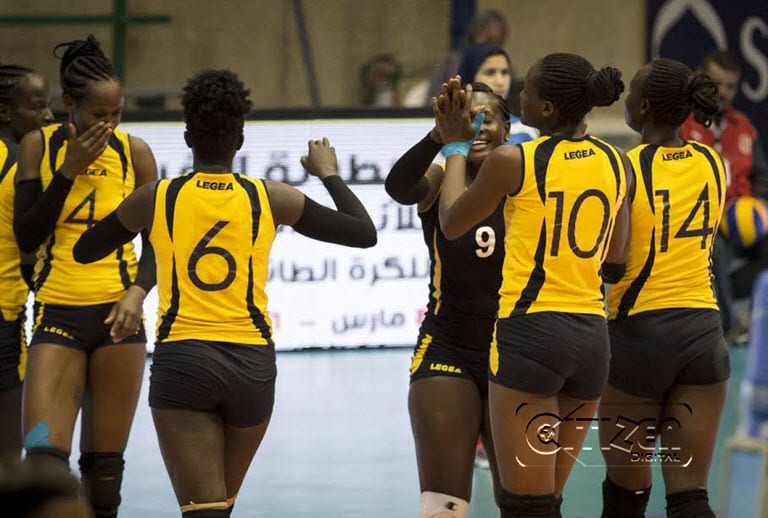 On the other hand, Kenyan teams fell short with six time champions Kenya Pipeline, for the second year in a row, fighting for the bronze medal while Kenya Prison and KCB crashed out  at preliminary stages.

At the same time, Kigwari said his former player and upcoming setter Esther Mutinda is primed for greatness in Pipeline after starring against Ahly in the semi-finals despite his team losing by 3-1 sets.

“Although she did not feature in many matches I can see a bright future in her career and in near future she will give seasoned fellow setter Wanja (Janet) headaches in Pipeline and also in the national team,” Kigwari added.

In a meeting with the Kenya Volleyball Federation President Waithaka Kioni, the duo promised that last week’s incident where government ordered the immediate repatriation of the team from the African championship will not happen again.

Prisons’ build up to the competition was riddled in travel glitches and only left the country a day before the annual championship kicked off amid claims the ministry had delayed in releasing moneys to fund the trip.