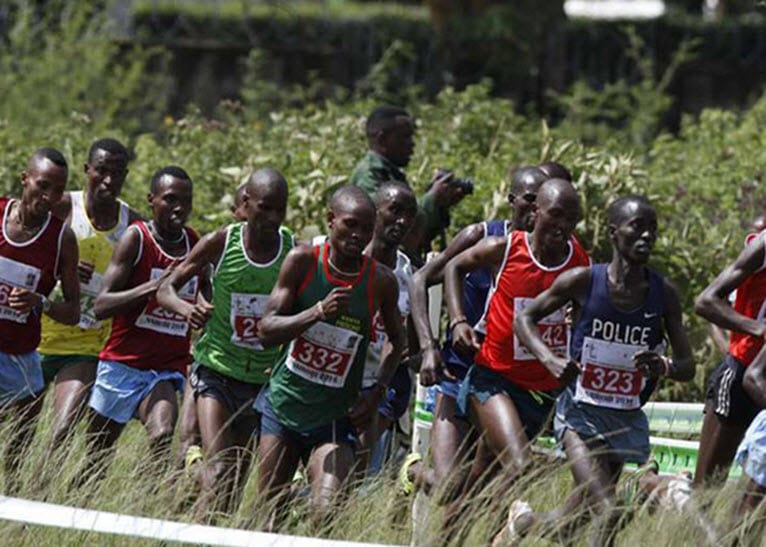 Despite the baton handing over technique being poor, Koech was able to recover and beat the prisons team who came in second 3;05.39.

Kenya Defense Forces (KDF), who were missing Mike Mokamba after he pulled a muscle during the 200m men’s final, finished third in 3:05.78. It was unfortunate for the coast team who were disqualified for a false start.

“Last year I had a problem with hurdles techniques. I have been working on them and I feel that my body is responding well to training. It has translated to me setting a new personal best. Am very happy about that,” said Koech.

Koech, who is also brother to world 400m hurdles champion Nicholas Bett, is looking forward to challenge his brother during the Olympics trials.

“I’m sure my brother knows that my performance is picking and that am ready to challenge him. I hope to win a gold medal during Africa Athletics’ Championship in South Africa as I target to get into the relay team for the Olympics’ through the 4*400m relay,” added Koech.

Despite the championship missing over 18 elite athletes who will be participating in the fourth leg of the Diamond League at Eugene, Oregon on Saturday night, the sprinters and relay team carried the day.

Kenya has named a team of 61 athletes to represent her in the Africa Athletics Championship in Durban South Africa. The team will be composed of 34 men and 27 women and it will be headed by KDF’s David Kitur.

The team will report to camp at Kasarani on 6th June, and they leave on 11 days later.

AK Vice President Paul Mutui assured the athletes of their positions in the team.

“Do not be worried that the elite runners will come and replace you. The team will go as named. Complete your training and win more medals for Kenya,” added Mutui.