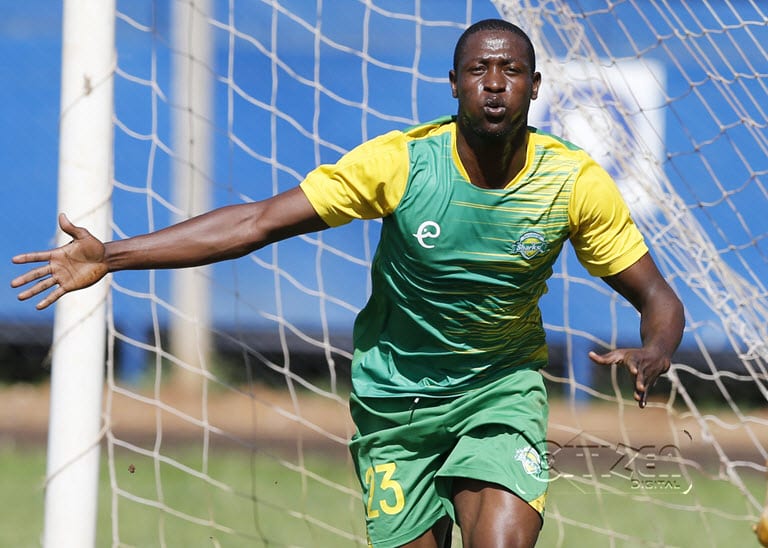 The 2017 Kenya Premier League Golden Boot award winner Masoud Juma got a befitting Christmas gift as he was honoured in his home county of Isiolo on Saturday evening.

The 22 -year old striker was awarded Sh 100,000 by the County Governor Mohamed Kuti, who graced the Isiolo Peace tournament organised by Juma himself at Bula Mpya Primary School grounds where he began his footballing career.

Juma who was born and brought up in Bulapeasa area of Isiolo emerged as the league’s top scorer this season, amassing 17 league goals for his club Kariobangi Sharks, beating his closest challengers Meddie Kagere of Gor Mahia who had 14, Jacques Tuyisenge (Gor Mahia,13) and Kepha Aswani (Nakumatt, 13).

Speaking after the tournament final, Juma dedicated his coveted trophy awarded by the Sports Journalists Association of Kenya to Isiolo people, thanking them for their support during his early days in football.

He called upon the County Government to help promote sports, and encourage emerging talents by improving sports facilities and organising competitions that will act as a good platform for the budding talents to express themselves .

At the same time, the deadly goal-poacher announced that he had already received offers from abroad and would ply his trade elsewhere come next year. He however didn’t disclose the club he will be joining.

Isiolo County Governor Mohamed Kuti assured the local youths that his administration would establish structures that will aid the development of local talents both in sports, music and even the film industry.

He promised to carpet the Bula Mpya Primary School ground where Masoud began his footballing career together with the Isiolo Stadium before June next year.

The County boss said that his administration would also support local clubs by offering uniforms, boots and balls and introduce the County Talents Day where talented youths will have an opportunity to showcase their God given talents.

Governor Kuti urged youths to keep off a new drug popularly known as ‘Kete’ that has gained notoriety among youths in Isiolo. He called for collective responsibility amongst Isiolo residents in order to help weed out the drug menace which he termed as a major threat to the otherwise bright future of young people.

He asked young people to emulate Masoud by committing themselves in training in order to improve their skills, and lauded the striker for making a return to his native Bulapesa to offer encouragement to other youths.The governor also awarded the participating teams  with Sh 100,000