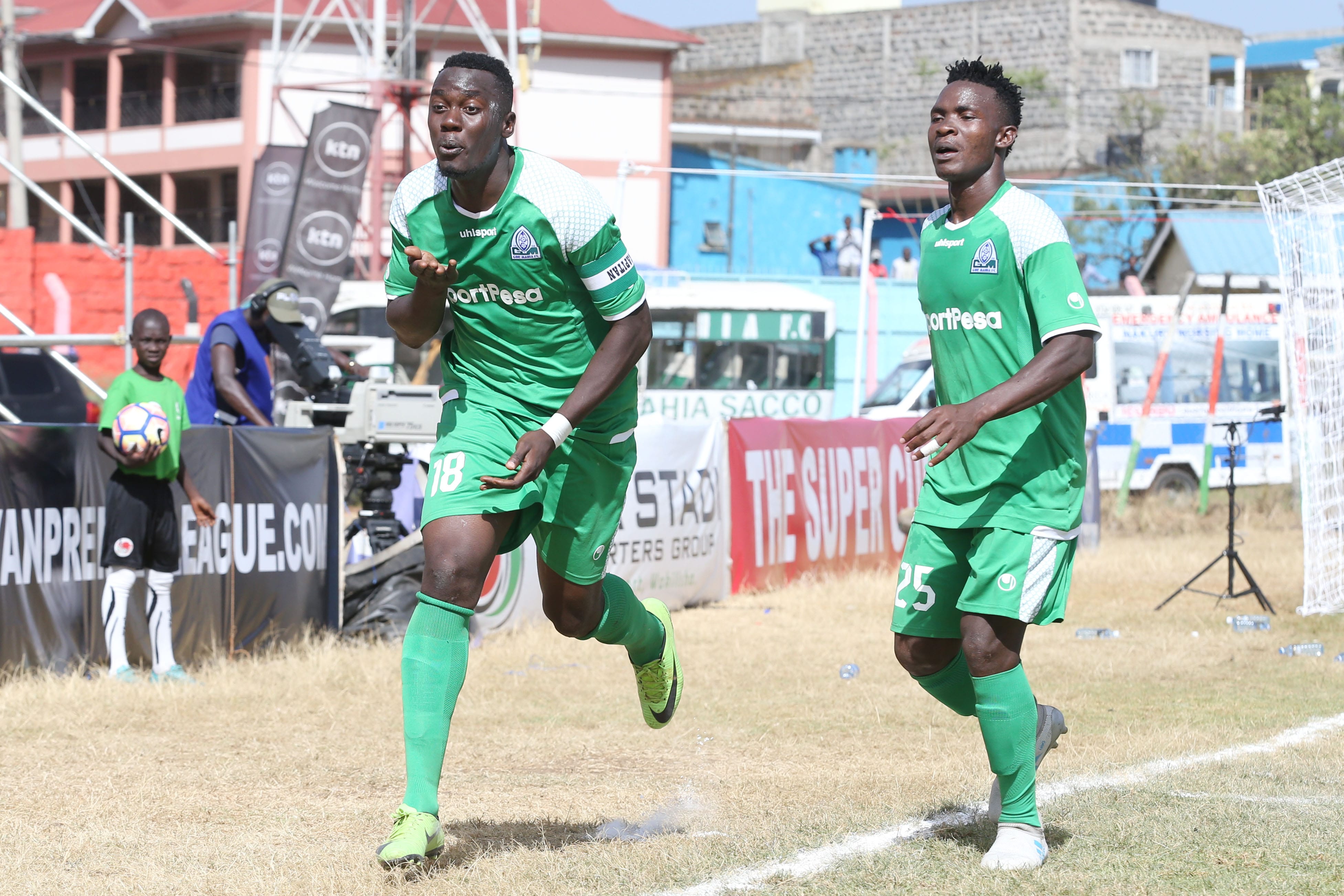 Shakava who was appointed skipper following the departure of long-serving captain Musa Mohamed to Albanian side FK Tirana led from the front as Gor defeated their eternal rivals AFC Leopards 1-0 on Sunday to lift their first piece of silverware of the season.

It was Shakava’s first competitive match as skipper for the club and he marked it with a memorable display, thumping in a headed finish for the all-important goal.

And coach Kerr had nothing but glowing praise for his new leader.

“He’s been fantastic around the club, with his teammates, in meetings and today he’s capped it all off.

“It was his first match as captain and scored the winning goal, what more could you ask for?” Kerr posed.

The Englishman was in no such good mood as he spoke about the matchday referee and even called upon the Kenyan Premier League (KPL) to review his performance.

Kerr who has never shied away from criticising a match official was livid again as he gave his verdict of the day’s officiating.

“This should not be allowed to happen at this level, it’s shocking. They were two clear penalties for me,” he charged.

Leopards boss Robert Matano differed with his opposite number, claiming he had seen no foul worthy of a penalty.

“I was here and saw everything, there was no penalty!” he said.

Matano made wholesome changes to his squad, retaining only four familiar faces in the starting eleven.

Keeper Gabriel Andika, defenders Dennis Shikayi and Salim Abdala as well as midfielder Duncan Otieno were the only recognisable faces from Leopard’s team last season as Matano made good god threat of a squad overhaul.

The team’s lack of coordination was clear to see and were often played off the pack by Gor yet Matano insisted his charges played well.

“I have no problem with how we played we just have to show more focus,” the former Ulinzi Stars tactician said.

Matano also confirmed reports of a go-slow staged by the team over pay and warned any such behaviour in the future will be punished.

“The players’ job is not to worry how they will be paid but to train. If you don’t train you’re not ready to play.

“They should not repeat this kind of mistake ever again; they’re professionals and their concentration should be on getting match fit and playing,” he warned.

Gor begin their KPL title defence against Nakumatt FC on Sunday while Leopards take on Posta Rangers in their opener.