Quest for league title behind my scoring form – Rupiah 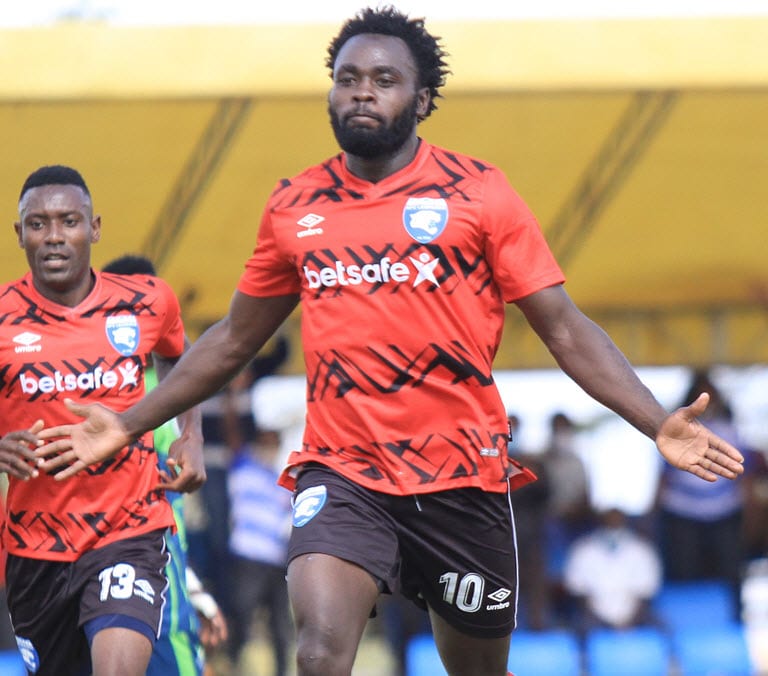 AFC Leopards’ striker Elvis Rupiah says the hunger to win the Kenyan Premier League title this year is the drive behind his goal scoring form.

After eight rounds of league matches Rupiah has netted eight goals for Ingwe to be second on the top scorers chart.

The striker was instrumental at the weekend when Leopards raided KCB’s vault to claim a 2-1 win and he’s hoping to take his goal scoring form to Sunday’s match when they face third placed Kariobangi Sharks.

“We haven’t won the league for long time; there is some serious hunger in this team to win the title this season…we have great team work and there is calmness and hard work going on and I believe we will fight to the end to make our fans happy,” said Rupiah.

At the same time Kariobangi Sharks head coach William Muluya has heaped praise on striker Eric Kapaito who tops the top scorers chart  saying his hard work in training is being seen during match days.

The coach is also hopeful the 2018 golden boot winner will stay fit throughout the season.

“We are happy with his fitness level this season. He has always been a hard working member of our team and we can see the fruits of his hard work during the matches.

We have started the season well and we are determined to fight for the title, it’s a marathon that requires us to be steady in each stride that we take,”Muluya told Citizen Digital.