Race against time as FKF unveil new Electoral Board

As the newly constituted Football Kenya Federation (FKF) Electoral Board officially assumed office on Monday, a clear-cut task of delivering credible elections in less than 60 days was the tune ringing loudly at Kandanda House.

The eight-member board unveiled by FKF Chief Executive Officer Barry Otieno will now hit the ground running in order to meet the deadline of March 30 set by the world governing body FIFA for the electoral process to be complete.

Contrary to the initial board that enjoyed luxury of time in organising the cancelled elections before their mandate was cut short through the Sports Disputes Tribunal (SDT) in December 2019, the board’s chairperson Kentice Tikolo notes that set deadline will inform their calendar of events set to be released on February 7.

However, Otieno is confident the elections can be held within the specified time.

“The ball is on the board’s court and I wouldn’t want to speak much about how they will manage the events leading to the ultimate elections. However, we talk of about 60 days to conduct an election and from today (Monday), we are just a few days below that.

The president has always wanted to be in office by mandate and not a court order, and that’s why even after abiding by the SDT’s ruling, we have taken considerably a short time to set the ground for elections again. It is therefore my firm believe that in the spirit of best interest for the game by March 30 this will be done,” said Otieno. 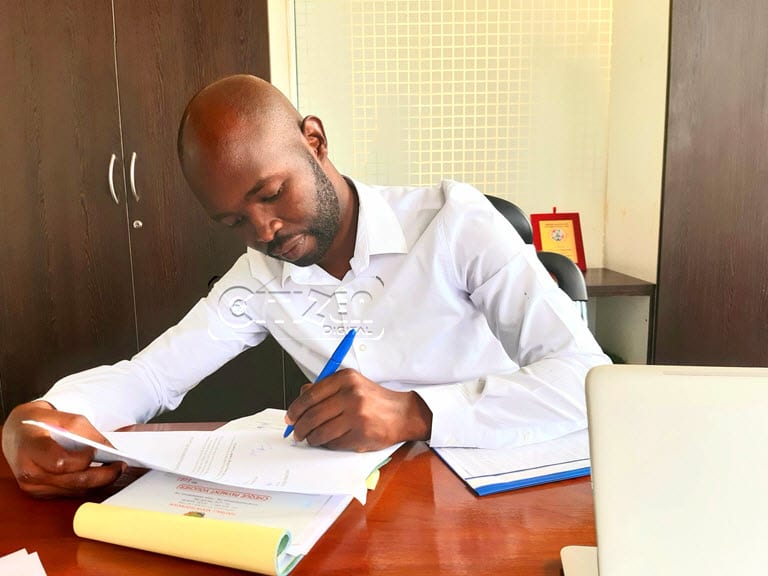 While the federation’s CEO sees no barrier to completing the elections in the short period, a number of contestants for the FKF presidency believe only little has been done to address their grievances that led to nullification of the previous pools.

Led by former president Sam Nyamweya, the FKF top seat hopefuls are insisting on full compliance with the 2013 Sports Act, before the elections are held.

But according to Otieno, issues relating to the Sports Act cannot stop the process at least from the guidelines given by the SDT, FIFA and the Ministry of Sports.

“Number one, we have done all SDT ordered us to do, that’s why we have a new board in place. We also had an elaborate public participation, which no federation has ever done before in the history of Kenya’s sport. We don’t even want to compare ourselves with others, some federations have gone for over seven years without elections.

“Basically, you align with a constitution progressively and gradually, but that should not be the reason to stop everything including that which matters most for our game,” explained Otieno.

SDT chairman John Ohaga told Citizen Digital that he has not perused through the revised electoral code, having not received any official complaint on the same. However, he said he was aware of the deliberations by the federation and the Cabinet Secretary Amb. Amina Mohammed, which were aimed at enhancing the environment for the elections with assurance of compliance of the tribunal orders.

Consequently, the meeting that was set to take place in Zurich, Switzerland involving among other stakeholders Ohoga himself, was called off last week.

Although FIFA has not said the exact consequence of delaying to have the elections by March 30, the SDT order that the current federation runs football affairs until elections are held validates operations of the officials till such a time.