Race against time to get Nyayo fit to host 2018 CHAN 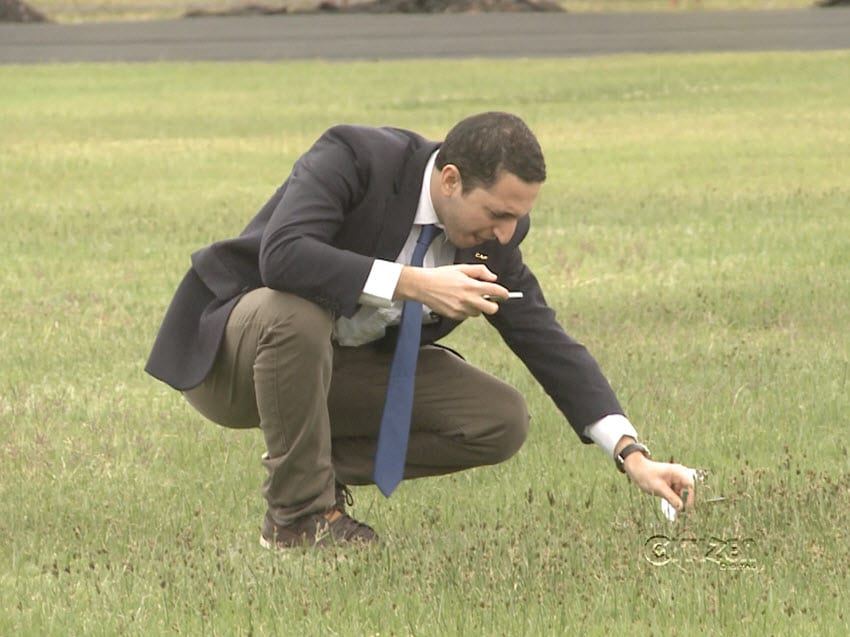 Nairobi’s Nyayo National Stadium is not yet fit to host the 2018 Africa Home Nations Championships (CHAN) matches less than 11 months before the tournament is supposed to kick off in the country.

In what will come as a blow to organisers, the inspection team from continental governing body, CAF that visited the second largest sporting facility in the country were not impressed with what they saw.

At the same time, CAF First Vice-president, Sukeru Patel from Seychelles will be in the country on Friday and is expected to give a general assessment report of the latest inspection tour that is the third since the country was given 2018 CHAN hosting rights.

The team is expected in Eldoret on Tuesday, Machakos on Wednesday and Meru a day later before returning to the capital Nairobi on Friday to deliver their findings.

However, based on their body language, the inspectors who declined to speak to the media did not seem to be impressed by Nyayo that is one of the stadiums set to be closed for renovation and will be key for successful hosting of the tournament.

Facility manager, Morris Nyaoke, initially claimed that Ksh1b was needed for the upgrade although the figure was disputed by the Sports Kenya who pegged the budget for the entire tournament at Ksh2.7b.

They later proceeded to the cathedral of Kenya’s sport, Safaricom Stadium, Kasarani that is also due to be closed for repairs ahead of the 2017 Nairobi IAAF World Under 18 Championships set for July.

According to Nyaoke, the CAF delegation had issues with the condition of the stadium insisting renovation was behind schedule.

“They have been very specific on what we must change or improve but the real issue is when the work starts. They wanted to know whether contracts and tenders have been signed for because by October we have to be done when they come for the last inspection.

“I can confirm the work will start in April once the money is released by the Government for the project, but according to our plans we will beat the deadlines for the January tournament,” Nyaoke insisted.

The CAF delegation wants the dressing rooms to be doubled to four, specific species of grass to be used for the playing turf, the VIP dais redone anew; wide television screens installed inside the stadium besides the refurbishment of the media centre and commentary booths.

“For the dressing rooms they noted most of the times a minimum of two matches are played in one stadium daily in the opening stages of such a tournament. Every team has to be in its own changing room which compels us to meet that standard.

“They also want a proper floodlight system which can allow a night match and a standard field perimeter wall. All these are things we are sure we will deliver in time provided we have the funds by April,” Nyaoke assured.

The recommendations, among others, will be included in the new plan that has to be drawn before the departure of the CAF delegation on Friday.

The final report of whether Kenya is able to prepare fully in time will be given in March in Ethiopia, after the assessment of the report by CAF’s CHAN committee.

It is reported that Ethiopia who recently concluded a stadium project that saw seven facilities built afresh or renovated to meet FIFA and CAF standards is waiting in the wings to take over as hosts should Kenya be stripped of the rights.

Morocco who are also bidding for the 2026 Fifa World Cup are also interested in hosting the second tier continental showpiece open to domestic players after opting out of the 2015 edition over the spread of Ebola virus.

Nyaoke explained current works being undertaken at Nyayo are related to the IAAF age-group event that will run from July 12 to 16.

“The tartan track is being worked on now. Although the World Under-18 will be hosted in Kasarani, we still have to keep this facility up to standards for the sake of the athletes who would like to train here.

“The project is under Sports Kenya just like the CHAN project, only that the timelines are different,” Nyaoke elaborated.

The tartan has already been removed and bitumen laid on the track, awaiting replacement with a new one.

The team arrived at the stadium at 11pm, starting its inspection in the dressing rooms as they went about highlighting the areas they were not satisfied with, including suggesting the removal of the flag poles in front of the VIP dais they noting they would block television cameras.

LOC Deputy Chief Executive Officer and Event Organiser, Herbert Mwachiro and Nyaoke were at pains to convince the CAF team on the state of Nyayo.

Dusty commentator’s booths with glaring naked wires were the next port of call, but the team took no time inside them after taking short notes and photographs as they had done in the other stops.

Next up was the red-carpeted VIP reception and boardroom, where despite some measure of cleanliness, the delegation still appeared discontented.

The two hour inspection was then taken to the field and gates, where most of the time was taken.

The CAF officials were heard conversing in Arabic amongst themselves while the Kenyan team would liaise in Swahili during the process.

“You have heard it; there is work to do here. We have to get it right,” Mwachiro was overheard telling Nyaoke as the CAF team left.

This is a high level follow up to two visits already done in 2016, with  training grounds, hospitals and hotels that will accommodate CAF delegations, officials and the participating teams slated for inspection too in all designated venues.