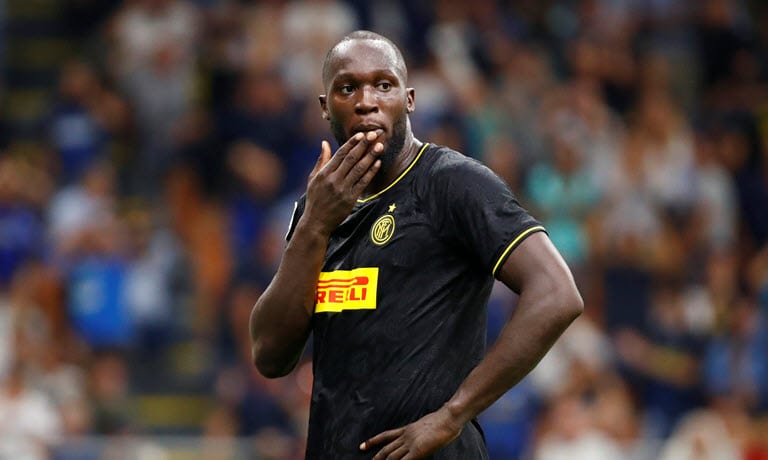 Italian football authorities and their disciplinary systems to combat racism are “not fit for purpose”, says the chief of anti-discriminatory body Fare.

The claim has been made after Cagliari were cleared of racist chanting towards Inter Milan striker Romelu Lukaku in a Serie A match.

Lukaku was subjected to monkey chants by Cagliari fans when he scored a penalty for his side in a 2-1 win.

“We believe the Italian authorities and the disciplinary system is simply not fit for purpose.

“Whether it is the FIGC [Italian Football Federation] or Serie A, they have failed to protect countless players from racism over the past year and have no meaningful response to the endemic racism in stadiums.

“There are no visible campaigns, no progressive fan leaders, as well as apathy and prejudice among the media.

“No-one is taking the issue seriously – no-one apart from the players, the victims themselves, and a few allies who have been courageous enough to stand up.”

Serie A insisted it was “seriously and constantly engaged in activities against racism”.

It added: “I can confirm our maximum effort to fight racism. We did a lot in the past and we’ll do [a lot] in the future as we announced some days ago a campaign about this that we will develop in the next month.”

The FIGC has been contacted for a response.

The Fare Network, an organisation trying to fight inequality in football, says it has contacted the Italian FA to try to work with it and is awaiting a reply.

In the meantime, Fare’s work to combat racism in Italy involves working with a government agency, non-government organisations and other parts of society in the country.

Belgium international Lukaku said the abuse he suffered showed the game was “going backwards” and he hoped “the football federations all over the world react strongly on all cases of discrimination”.

The report into the incident conceded that chants, shouts and whistles were directed at Lukaku by Cagliari fans, but said they were not sufficient in “size and perception” to merit punishing the club and its supporters.

This is the third time Calgliari have been investigated for alleged racist abuse in the past two years after cases involving Moise Kean, the Italy forward now at Everton, and his then Juventus team-mate, France international Blaise Matuidi, but no action was taken over any of the incidents.

‘No basic understanding of racism’

A group of Inter Milan fans claimed Cagliari supporters were showing Lukaku a form of “respect” when they aimed monkey chants at him.

A statement from Inter fan group Curva Nord said “Italian fans are not racist” and the abuse was gamesmanship.

“It shows you that there is no basic understanding of what racism is and why what they do to black players is racist,” said Fare Eastern Europe development officer Pavel Klymenko.

“There has to be a lot of educational efforts put in.

“This lack of understanding runs very deep. It is not just the ultras, it is the whole system of Italian football and consequently the society.”