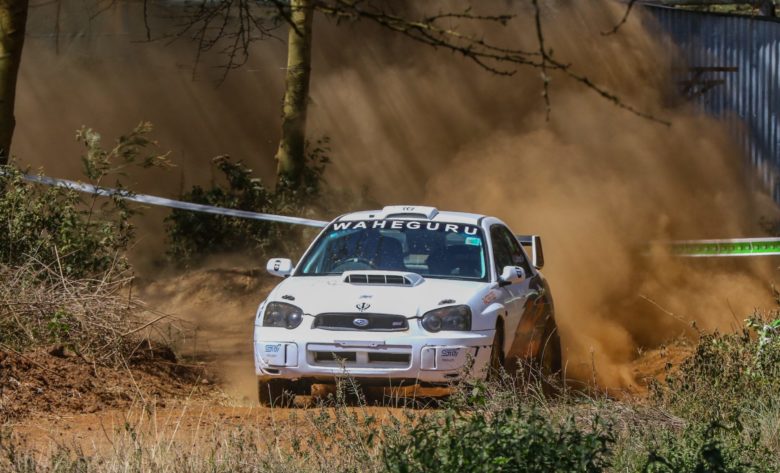 The defending Champion beat Lovejyot Singh and Eric Bengi to the podium dash after a day of high octane action.

Sahib also savored two bonus championship points for setting the Fastest Time of the Day (FTD) in the third heat which he cleared in 1minute 55.50seconds.

Sahib achieved the win with a cumulative total of 5minutes 50.54seconds after the best of three heat runs were combined.

“It’s such a great feeling winning after the long Covid 19 lay off. I felt rusty in the early morning practice but got back in the saddle after the first heat. I am glad that my lines are improving by the day, so thrills and spills are guaranteed,” Sahib said.

In the 2WD Non-Turbo Car Class Rajveer Thethy racked up his third win of the season beating Sam Karangatha and Sameer Nanji in the podium tussle.

Thethy clocked a cumulative total time of 6minutes 37.18seconds in his best of three heat runs.

Hamza is one of the three young drivers who drove the factory-prepared Ford Fiesta Rally 3 cars under the FIA Rally Star Programme. He is among the Kenyans headed to Dar Es Salaam for the ARC Rally of Tanzania.

A total of 36 drivers took part in the event organised by Kenya Motor Sports Club.

Mombasa Motor Club (MMC) under the stewardship of Roy McKenzie will organize the next round of the series in August.

“Every single competitor showed the sporting spirit which is such a part of the core values of KCB Autocross. On behalf of the Bank, I would like to applaud each one of you. We are committed to seeing the growth of Autocross in Kenya because Motorsports is such a big part of our heritage and we want it to thrive while cementing our commitment for supporting these competitions.”