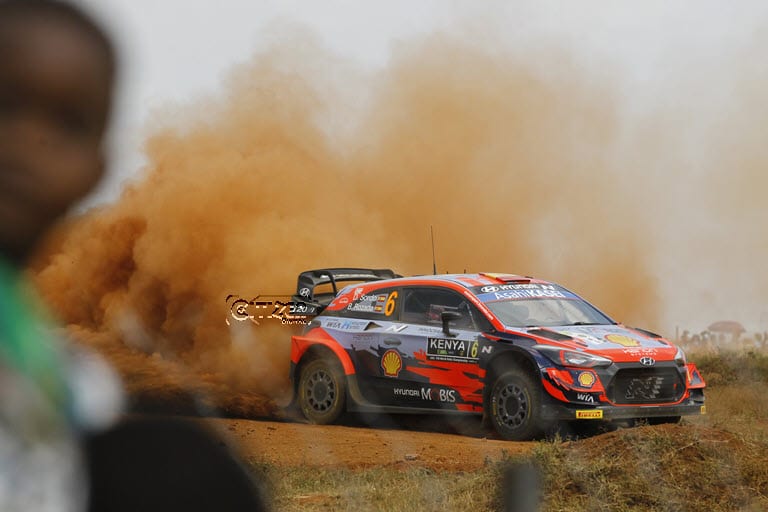 As the return of the Safari Rally continues to even closer and adrenaline ramps up, there is a group of people who must remain cool-headed throughout the entire event in order to guide the drivers as well as their teams to victory.

These navigators do an enormous amount of work but are less-heralded.

Abdul Sidi is a seasoned navigator who has a decorated Safari rally record of 15 finishes in 18 competition entries and he spoke to Citizen Digital about what it takes to be among the top navigators in the world and in the process become a darling of many drivers.

He starts off by telling me how essential navigators are to the success of any rally driver. They tell the drivers when to speed, slow, turn or exercise caution among other various instructions involved in racing.

“You tell him what to do. At 200kph you’re giving instructions that are on the road every 50m or 100m, and that’s close. So as a navigator you’re a singer, so you’re singing and the driver is dancing to your music.”

The driver must understand and execute all instructions within a short span and thus must always be alert and attentive, if not that would be detrimental to his chances of success.

“I have navigated Patrick Njiru; One of the most famous drivers in Kenya and is still historic because he is first African to finish 4th in the Safari rally while it was still in the World Rally championships and first in group N. He could fluently speak in Japanese, and that made it easy for him to communicate with his Subaru sponsors then, since they were all Japanese. He taught me a lot in rally, including how to relate with media. I’ve navigated Phineas Kimathi, who is now the CEO of the Safari Rally and we finished 18th, but we were first in our class; the first people to give Hyundai first World Rally Championship points, a record that has never been broken. I participated in 18 Safari rallies and completed 15 of them.”

Sidi noted without discipline and dedication, it would have been a pipe dream to achieve what he did in the sport.

“My whole career as a navigator cost me only Ksh 1000. The reason being I was very focused and sober with a determination to win. I have never tasted alcohol or smoked in my entire life. All the drivers I navigated would sort out all the costs involved; and they can be huge. For a navigator to start off, you need at least Ksh 300,000; a helmet is Ksh 50,000, Head and neck support device is Ksh 70,000, fire-proof suit is around Ksh 90,000 and without these you can’t be allowed into a racing car. However my drivers, teams and sponsors bought me all that as well as sorted my travel arrangements”

Sidi 70, is now passing on the exoeruence to the younger generation with the hope that there will be someone to emulate his success.

“I am a teacher now. I have 35 students who will be part of the WRC Safari rally event. Some of them include Tuta Mionki who is navigating Nzioka Waita, five out of the six that were selected in the FIA Star program are my students. I have over 500 marshals who are helping in manning various stages in these competitions.”

However Sidi bemoans the manner in which the drivers as well as the general public disregard the role of the navigators.

“You will hear very few drivers talking about their navigators. It’s always about them and they forget that it’s a team effort. It’s that navigator who is guiding you, the mechanics as well as the entire team looking after you. If a mechanic fails to properly tighten one wheel-nut, then you’re out and that messes you.”

Let’s all be on the lookout to identify which navigators steer their drivers to victory and while at it spare time to appreciate these heroes who ensure we get to enjoy the rallying spectacle, back on Kenya’s soil.