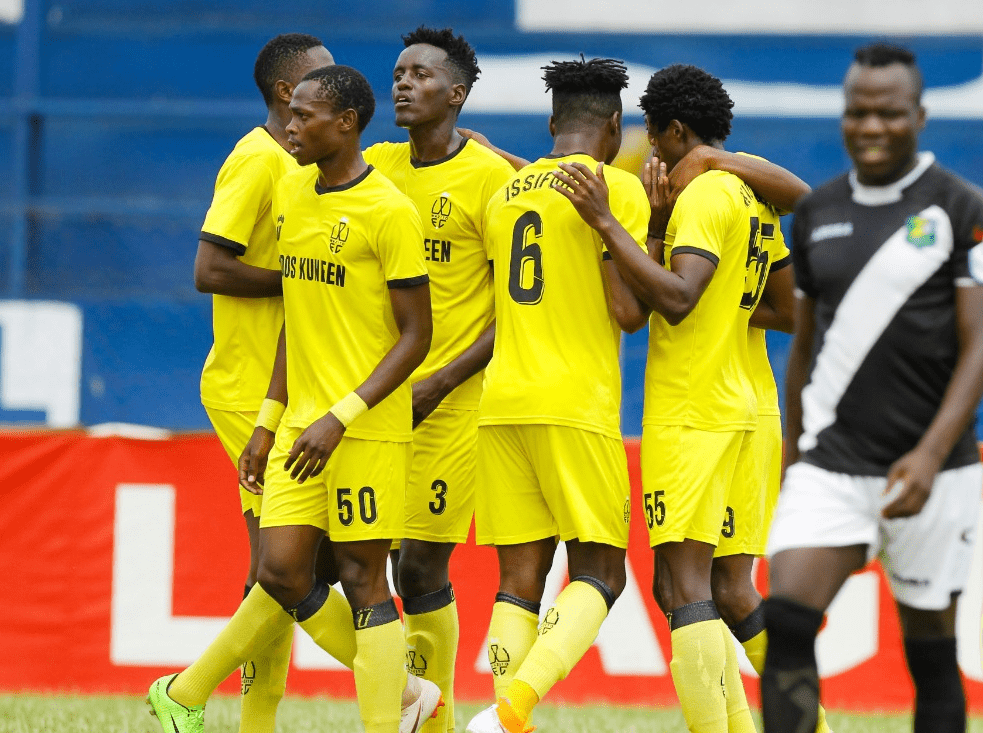 The opener of a two-header at the Kenyatta Stadium in Machakos brought together two teams on the wrong end of the Kenyan Premier League (KPL) table and it is Wazito that triumphed on the day.

Under the sweltering Machakos heat, Wazito delivered a 4-1 thrashing of Zoo Kericho FC sparked by Dennis Nganga and Paul Mungai first half strikes sandwiched by Collins Neto’s effort against his former employers.

Augustine Atu and the mercurial Joe Waithira also found the net for the hosts who remained 13th on the log on 19 points, four clear of Zoo who are just six points away from the relegation danger zone.

Wazito came into the match enjoying a four-match unbeaten run started off like they meant to win with wingman Musa Masika testing Zoo custodian Vincent Misikhu with a pile driver from outside the area in the eighth minute. That served as a warning to the tea makers who would be caught napping in the 22nd minute.

After a foul on Brian Musa outside the danger zone, deadball specialist Dennis Nga’ang’a wrapped his foot round the ball into the top corner with the goalkeeper well beaten.

Zoo grabbed the equalizer in the 30th albeit bizzare circumstances with Wazito goalkeeper Kevin Omondi allowing the ball to go past him allowing on form striker Collins Neto a simple finish for his eighth strike of the season.

Two minutes later Wazito were back in the lead,Paul Kiongera picking the ball from the edge of the box, cutting in and drilling low past the hapless Misikhu Vincent.

The home side were in full swing,this time former Ingwe man Yvonne Isuza freeing striker Augustine Utu who’s first time effort was poorly dealt with by the keeper but slotted in the rebound.

Hall withdrew Kiongera for Alfred Ndinya with a suspected injury at the interval.
The second half however witnessed few chances clear cut chances with Zoo going for damage control.

Any hopes of mounting a comeback were dashed when Waithira Joseph who had entered the fray in the 74th minute grabbed the fourth goal to send Wazito fans into delirium. Matching onto a long pass from the back,he rounded the keeper and sent a simple finish into the net.

The win sends Wazito to 19 points from 22 games and will be hoping to create more daylight between them and the poor performers when they come up against Ulinzi Stars on their next outing.