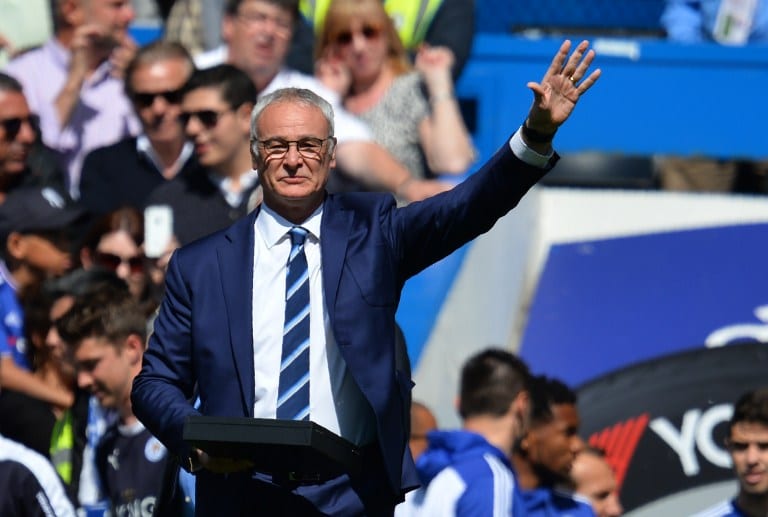 The sacking of Claudio Ranieri as Leicester City manager just nine months after guiding the unfashionable club to a sensational Premier League title stunned the football world Friday and brought widespread condemnation on the owners.

The Thai owners axed the Italian barely two weeks after giving Ranieri “unwavering support” despite disastrous results that have left the team just one point above the relegation zone.

Players, managers and commentators expressed dismay at the move and nearly all backed Ranieri, who only last month was named FIFA’s coach of the year for scripting one of the most unbelievable stories in football.

British media aimed whithering criticism at Leicester’s Thai owners, King Power, who said they had no choice but to oust Ranieri.

Bournemouth boss Eddie Howe spoke for other Premier League managers when he declared himself “shocked” at the sacking.

But Leicester insisted they had to act to save the club from the threat of an unprecedented relegation one year after winning the title. Relegation could cost Leicester more than 100 million pounds.

“Claudio, appointed City manager in July 2015, led the Foxes to the greatest triumph in the club’s 133-year history last season, as we were crowned champions of England for the first time. His status as the most successful Leicester City manager of all time is without question,” said a club statement.

“However, domestic results in the current campaign have placed the club’s Premier League status under threat and the board reluctantly feels that a change of leadership, while admittedly painful, is necessary in the club’s greatest interest,” it added.

Leicester chairman Vichai Srivaddhanaprabha, who bought the club seven years ago, went onto Instagram to defend his actions.

“We have done our best as a management,” he said in a statement before closing his account on the site. “We do not have only one problem to solve but there are a millions thing to do to make our club survive.”

Vice-chairman Aiyawatt Srivaddhanaprabha said ditching Ranieri had been the hardest decision the owners had made.

“His warmth, charm and charisma have helped transform perceptions of the club and develop its profile on a global scale. We will forever be grateful to him for what he has helped us to achieve.”

But Leicester have won just five of their 25 league games this term and are yet to score a league goal in 2017, having also been knocked out of the FA Cup by third-tier Millwall.

The club face a hard time convincing the football establishment that they made the right decision — even if they stay up.

Ranieri made no immediate public comment but The Sun said he felt betrayed and that there had been a breakdown in his relationship including with England striker Jamie Vardy a key figure in the title win.

Another Italian Roberto Mancini is among names mentioned as a possible successor, along with Guus Hiddink, who helped arrest Chelsea’s decline last season, and Republic of Ireland manager Martin O’Neill.

The Times said some players want Nigel Pearson, who was sacked by Leicester’s owners in 2015 to make way for Ranieri, to return.

But they have not won in their last nine matches in all competitions since a 2-1 FA Cup success at Everton on January 7, with their last league victory a 1-0 win over West Ham on December 31.