Red-hot Kagere on the mark for roaring Simba 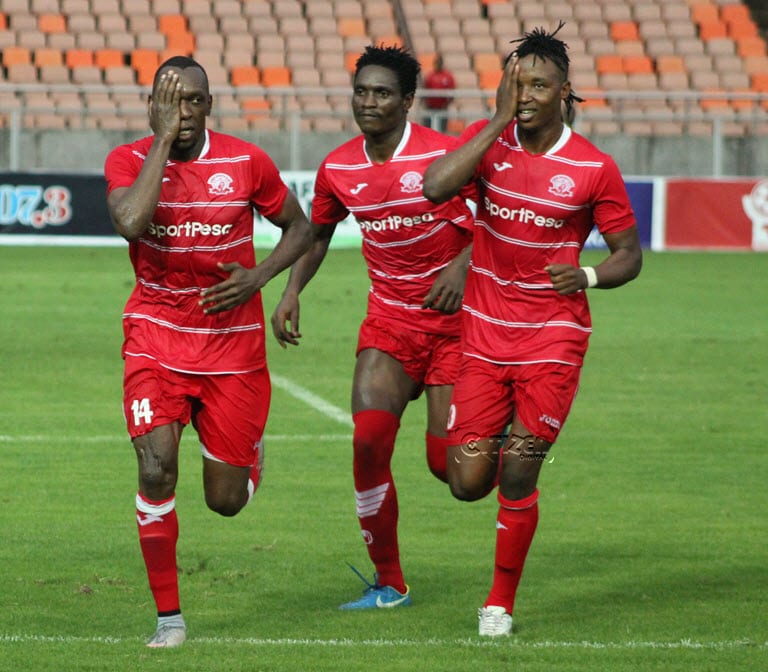 Meddie Kagere scored his second goal for Simba as the Tanzanian giants cruised to the quarter finals of the Cecafa Kagame Cup as Group C winners after settling for a one-all-draw against Singida United at the National Stadium here in Dar es Salaam.

Kagere rose high to nod home a floated cross from Jamal Mwambeleko in the box at the quarter hour mark.

The exciting Mwambeleko did the donkey work, weaving his way past several legs to pick out the former Gor Mahia man who did not hesitate to put his goal poaching skills into use.

Singida, a remarkably inproved side under coach coach Hemed “Morocco” Suleiman equalised in the 34th minute, a beauty of a goal by Danny Lwanga who bent for an overhead kick to rock the ball home.

Habib Kyombo, destructive on his best day, dashed into the six-yard box from the right and his shot hit the under of the cross bar bouncing to Lyanga who completed the job.

By finishing top of the group, Simba will meet the second placed team in Group A, either Azam or Jeshi La Kujenga Uchumi(JKU) in the first quarter final match set for Sunday.

At the National Stadium, Kagere missed again with five minutes left, when his lovely effort veered off on the right side of the post.

In Dar, among the Simba faithfuls, Kagere has found abundant love and it showed in his every touch of the ball, Gor`s loss, a gain for the Msimbazi Reds.

Salum Chuku too had the opportunity to inscribe his name on the scoresheet for Singida but his free-kick sailed above the cross bar in the second half in the highly technical game.

On the other side of the pitch, Simba stalwart, defender Pascal Wawa, a two-time Cecafa Kagame Cup winner with Al Merreikh in 2014 and Azam in 2016 showed nerves, giving a way the ball carelessly that led to the equaliser, perhaps a stark reminder of his ageing legs but his side held on for a draw despite a late surge by Singida.