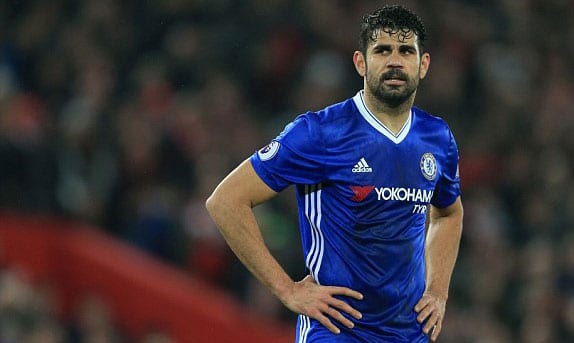 Sunderland’s Jack Rodwell escaped a red card for a sickening challenge on Tottenham midfielder Mousa Dembele as Mauricio Pochettino’s side were held 0-0 in a bruising Premier League encounter on Tuesday.

A point was good enough for Spurs to climb to second, but it proved to be a frustrating night in a forgettable contest against relegation-threatened hosts.

Arsenal’s defeat at home to Watford saw Tottenham leapfrog their London rivals behind leaders Chelsea, after stretching their eight-game unbeaten league run despite failing to score for the first time since their last league defeat, at Manchester United in mid-December.

They remain nine points behind Chlesea, who were held to a 1-1 draw by Liverpool.

Their task in breaking down resolute hosts should have been made easier with a numerical advantage for more than half the contest, but referee Lee Mason inexplicably failed to send off Rodwell for a knee-high challenge on Dembele.

The England international escaped with a booking, and the hosts hung on to take a point to lift them above Hull City off the bottom of the table despite an eighth match without a win.

Rodwell’s reckless challenge proved the main talking point of a first-half lacking in clearcut chances for either side.

Furious Tottenham players surrounded Mason to protest when he brandished only a yellow card after the midfielder’s awful lunge 10 minutes before the interval halted Dembele’s surging run and left the Belgian needing lengthy treatment before he was able to continue.

There were further worries for Pochettino when their England defender Danny Rose limped off with an ankle injury shortly before the break after coming off worst in a challenge with Billy Jones.

It capped a frustrating first 45 minutes for the visitors, who showed eight changes to the side which came out on top in the dramatic 4-3 FA Cup victory over Wycombe Wanderers.

They had little to show for the way they dominated against a five-man Sunderland defence that was content to sit back, soak up pressure and attempt to hit their opponents on the break.

Sunderland’s new signings from Everton Bryan Oviedo and Darron Gibson were not registered in time to feature, but with Lamine Kone and Didier Ndong making a welcome return on their return from Africa Cup of Nations duty and new arrival Joleon Lescott on the bench, the hosts carved out the better early openings.

In front of another 40,000-plus Stadium of Light crowd, top scorer Jermain Defoe saw two half chances go begging, and Fabio Borini wasted the best opportunity, when the Italian shot tamely at Michel Vorm from 15 yards after a deflection off full-back Kyle Walker left the unmarked forward with time and space to pick his spot.

As with Vorm, Vito Mannone was similarly under-employed in the Sunderland goal, the former Arsenal man called on just once in the first-half as he dived low to his right to keep out a long-range effort from Victor Wanyama after the midfielder had been teed-up by Heung-min Son on the edge of the area.

It was a similar pattern in the second-half, with Mannone saving Christian Eriksen’s low curling free-kick, before Walker’s angled drive was deflected over as the pressure on Sunderlanld’s goal mounted.

Wanyama directed a diving header from Son’s cross inches off target and Jones blocked Dele Alli’s goal-bound effort as Sunderland were pushed further back in their efforts to secure only a third clean sheet of the campaign.