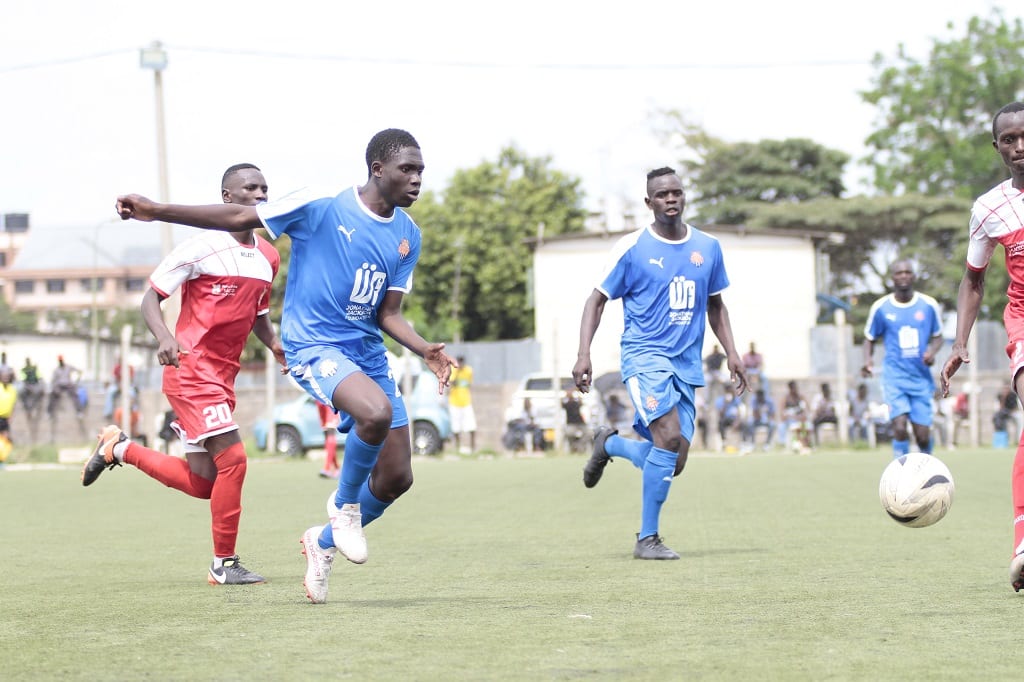 Relentless Nairobi City Stars are seemingly leaving nothing to chance in their quest of returning to the Kenyan Premier League.

They have been the inform team of the season in the second tier evidenced by their winning streak.

On Saturday, they made sure of yet another three points arresting Kenya Police with a 2-1 victory at the overused Camp Toyoyo grounds to extend their season tally to 58

Courtesy of the Saturday win, they are now seven points clear of second placed Bidco United, who lost to St. Joseph’s Youth 3-0 at the Thika Stadium in a charged Saturday of endless action.

As chasing pack Bidco fell in Thika, Fortune Sacco stamped their authority with a 3-1 win to scale Mt. Kenya FC , to take their tally to 38 points.

Meanwhile, at the Coast, Coast Stima won the coast derby after edging out Modern Coast Rangers 3-0 at the Mbaraki Sports Club. Coast were too dominant with fluent and enterprising football which proved too much for the Rangers.

One more match has been lined up to wind up the National Super League Round 26 action on Sunday, when Gusii based side Shabana comes up against  Ushuru at their backyard.