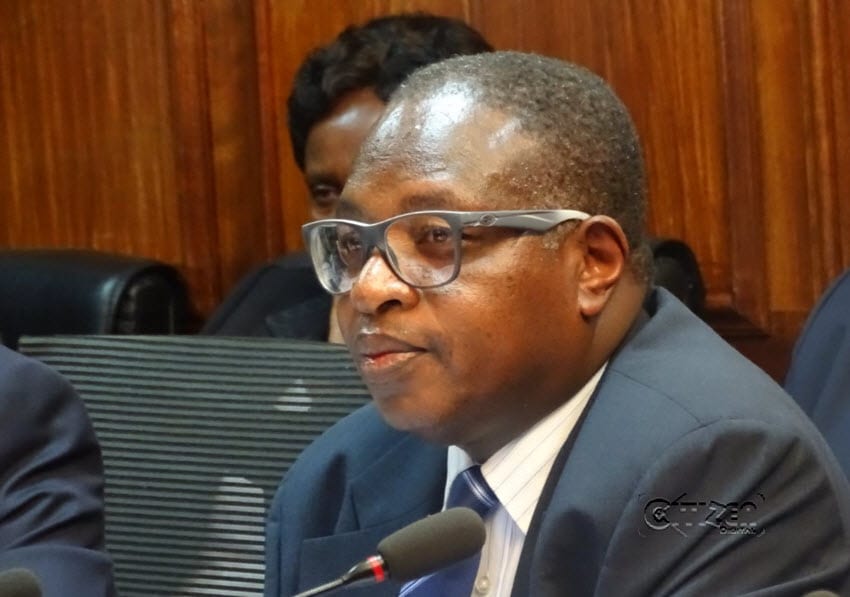 Chief Magistrate Daniel Ogembo agreed with the defence and lifted the order barring the three officials who are out on Ksh200,000 cash bail each from accessing their offices at Nock headquarters in Nairobi but declined to release their passports as the case against them continues.

“This is the position on the issue of barring them from their place of work they are free to go back but the hold not interfere with witnesses even those who work in those offices.

“On the issue of their passport I find merit and need of their passports be deposited in court and they can always apply to the court to have them temporarily if need to travel arises. Each may be out on the same bond/bail terms and surety of similar amounts.

“They are ordered and should not in any way interfere with witness of this case,” Ogembo ruled as they finally took their plea with the next hearing set for October 24.

Soi who is considered by many as the chief architect of the Rio 2016 scandal that blighted Kenya’s best performance at the quadrennial Summer Games in Brazil that ended on August 21 faces the far more serious charges related.

“On 20th July 2016 at Jomo Kenyatta International Airport in Nairobi within Nairobi County, wilfully refused to report the conveyance of money instruments to authorised officers at Jomo Kenyatta International Airport to wit conveyance of USD234,000 (Ksh 23,684,944.11) out of Kenya during your exit to Brazil in accordance to the requirements of sub section (1) of this act,” the third count on the charge sheet related to conveyance of monetary instruments out of Kenya, contrary to section 12 (3) read.

The alternative count in the charge states he stole the amount from the Ministry.

“On 20th July 2016 at Nock’s offices being an official trustee to the National Olympics Committee-Kenya, stole USD18,000 (Ksh 1,822,038.44) which had been entrusted to you by Athletics Kenya for purposes of making payments towards the accommodation of Athletics Kenya officials during the Rio 2016 Games in Brazil,” the fourth charge stated.

“Your honour this are not state employees. They are employees who must meet their requirements, pay their employees and even rent for the building. The prosecution has dragged this matter for long they said it would only take three weeks but it’s now more than a month.

“The prosecution said he is at flight risk and to surrender his passport, with his nature of work requires him to travel he is answerable to IOC. He missed a crucial meeting a few weeks ago and my client has complied with all regulations put on him,” lawyer Kimutai Bosek holding brief for Soi told the court.

Paul and Ochieng are jointly charged with pinching Nike kit that was meant to be distributed to Team Kenya athletes who got way short of what they were entitled.

“On dates between 1st June, 2016 and 31st July 2016, in the Nairobi Nock offices at Plaza 2000 building within Nairobi County, jointly with others not before court (and) being officials of Nock with intent to fraud, you omitted to make inventory of Nike kit uniform donated by Nike company to be used by Team Kenya in the Rio 2016 Olympics,” their charge read.

Retired national 15s rugby player, Edward Rombo and Julius Kicheko are representing Ochieng and Paul and both submitted the relaxing of the conditions set by court.