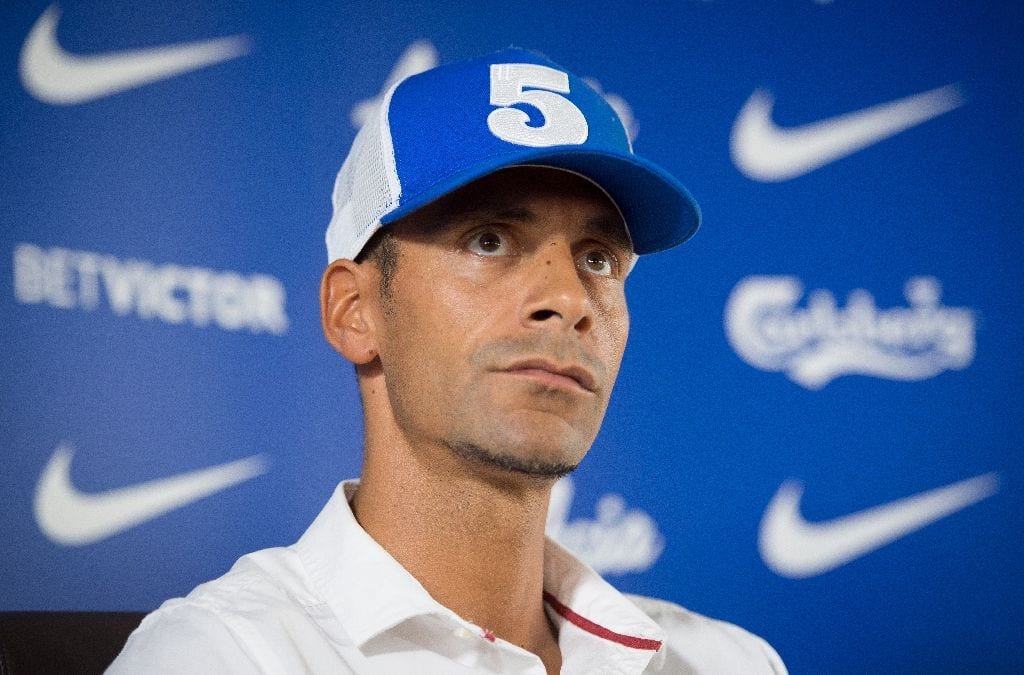 Former England captain Rio Ferdinand said Tuesday he is launching a new career as a professional boxer two years after retiring from football as a way of channelling his anger.

The 38-year-old former Manchester United star, who quit football in May 2015, is taking part in online betting firm Betfair’s “Defender to Contender” project.

Ferdinand’s wife Rebecca died of breast cancer shortly before his retirement and he has since lost his mother, also to cancer.

“I’ve been through quite a few things in my life,” Ferdinand told reporters in London. “This is a way of trying to channel that aggression, that anger sometimes, into something I can be really focused on.

“I’ve probably been searching for that since I retired. I miss that competitive edge. It’s something for me to focus on after the last couple of years.”

He will compete at cruiserweight and be trained by former world champion Richie Woodhall.

The ex-West Ham, Leeds, Manchester United and QPR defender, who currently works as a pundit with BT Sport and the BBC, said in a promotional video: “I’ve won (football) titles but now I’m in it for a belt.”

But both Ferdinand and Woodhall recognise the former Manchester United centre-back is not guaranteed a professional licence by the British Boxing Board of Control (BBBofC).

“I’ve got the utmost respect for the boxing fraternity and I’m not saying I’m going to be a world champion,” Ferdinand said. “I’m saying there are loads of hurdles to get over and I’m going to meet them head on.”

“I’m not going into this without thinking about the dangers,” he added. “I don’t look at this as a circus. I’m not trying to disrespect anyone. I’m taking it seriously.”

Ferdinand’s plans could yet be stymied if the British board rejects any potential application for a licence.

Woodhall, 49, said: “That’s the biggest hurdle. He’ll go through a 10-12 week training period to improve his technique, then I want him to spar.

“The board are going to want to see him, and actually see him perform. We’ll be arranging that.”

But boxing promoter Barry Hearn has accused Ferdinand of being “totally naive” and feels talk of fighting for titles should not be taken seriously.

Hearn told BBC Radio 5 Live: “It’s laughable isn’t it? He is being totally naive and is totally underestimating boxing. But he has the choice of what he wants to do with his time and his life.

“The authorities are there to make sure the sport is safe, and that involves very tough tests to make sure he is capable of getting into the ring.”

BBBofC general secretary Robert Smith said the board had not received an application from Ferdinand for a boxer’s licence.

“I was completely surprised. We don’t have an application, so there’s nothing to consider,” he said. “Nor have we had any conversation with anybody regarding this.”

Ferdinand’s love of boxing is apparent on social media, with a picture on his Twitter profile showing him draped in the WBA, IBF and IBO heavyweight title belts of his friend Anthony Joshua.

The Londoner, who won 81 caps for England, was in attendance when Joshua defeated Wladimir Klitschko at Wembley Stadium in April and posed for pictures with the 2012 Olympic gold medallist.