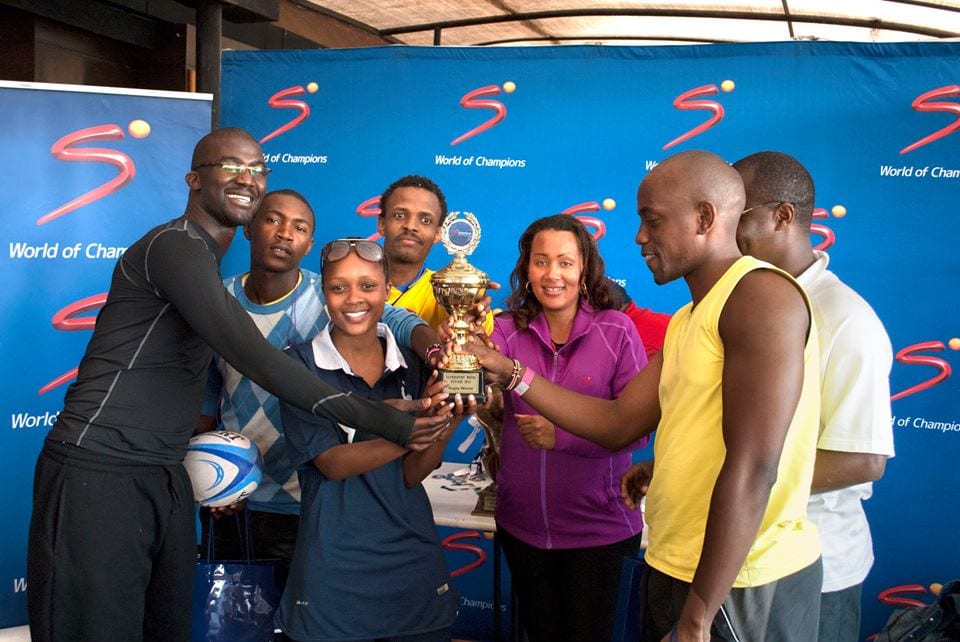 Last year’s SuperSport Inter-media rugby tournament champions Royal Media Services (RMS) will be hoping they can cement their claim as the best media sports house as they wrap up preparations for this year’s StarTimes seven-aside media challenge set to take place at Kasarani Stadium, Nairobi on Saturday.

RMS has been pooled alongside Nation Media Group, Standard Media Group and hosts StarTimes in what most certainly appears to be the group of death but veteran Robert Mutunga believes their current squad has the potential to win the event.

“We have once lost to Standard Media Group way back in 2013 in the quarter finals at the Kenya School of Monetary Studies but our current squad looks completely different now.

“The pool of talent coming through the ranks is admirable; they are younger, hungrier and have been so upbeat about the event for the past few weeks so am sure they’ll achieve something big,” said the Musyi FM voice artist declared.

One of the rules of the tournament stipulates that the team must comprise of 10 players, at least two of whom must be female, with one lady expected to be among the seven in action at any given moment of the match.

Caroline Kones who will be among the two lining up for RMS has said she is eager to put her best foot forward adding that she has been undertaking personal training in readiness for the event.

“We are very ready after all the training and I get a feeling we’re going to win. Personally I have been doing extra morning jogs and later watch football clips later in the evening. I have learnt a few good moves and runs so hopefully I can implement them during the game,” says the Chamgei FM sports presenter smiling.

RMS sports star Kennerickson Mureithi and who was credited as being vital in RMS’s rugby tournament triumph last year has urged his teammates that the primary focus should be on winning the first two matches.

“I believe we can replicate last year’s feat by winning a major media tournament yet again. We have a strong team and if our opponents field legitimate players I am confident we will emerge winners,” he told Citizen Digital.

Jackline Ndanu from the media company’s Creative Department who also been included in the final squad has warned that their main rivals will be online writers (freelancers and bloggers) saying her side needs to be wary of them.

“Although last year’s communication for the SuperSport tournament got to us a little bit too late, we managed to prepare for it and surprisingly won it. This year’s information for the StarTimes media challenge got to us in time so we’ve had enough time to train,” she advised.

The top three teams will receive trophies, StarTimes gift hampers and cash with individual honours lined up for the top striker and best goalkeeper. The team with the least bookings will bag the most disciplined team accolades.

Former Arsenal and Nigeria superstar Nwankwo Kanu, who is also StarTimes’ brand ambassador for Africa will grace the event.