Rodgers hails Vardy after clocking a century of goals 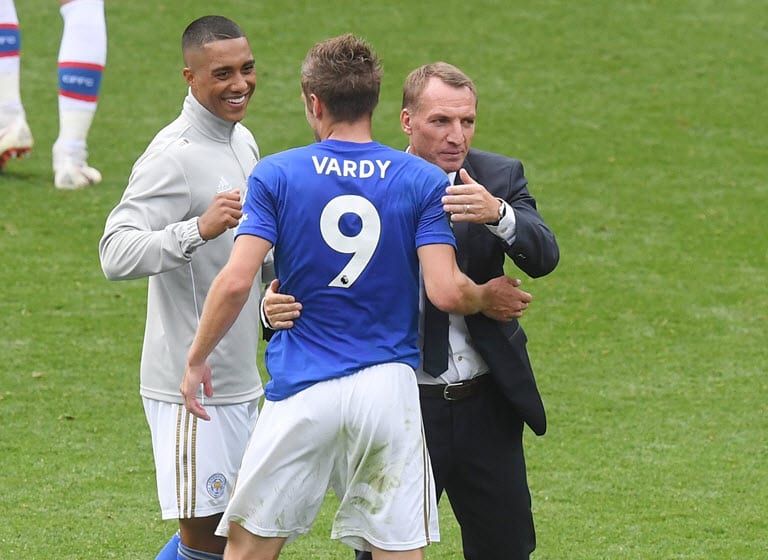 Vardy’s brace helped him become the 29th player to score a century in the English top flight. His 101 Premier League goals have come in 206 games, after he debuted in the competition in the 2014-15 season at the age of 27.

“It’s a phenomenal achievement to come into the Premier League at such a late stage, and be so prolific, in such a short space of time. It’s a privilege to work with such a top striker,” Rodgers told reporters.

“His story is unique, when you think about what he’s achieved and what he’s done. His story, and continuous story, will always be an inspiration.”

Vardy had been stuck on 99 goals since netting twice in Leicester’s 4-0 home win over Aston Villa in March before the coronavirus stoppage.

He reached the milestone when Harvey Barnes set him up for a tap-in in the 77th minute, before adding a superb solo second in stoppage time to make it 3-0.

“It’s been hard for him recently, as he hasn’t had too many chances and I had a chat with him yesterday,” Rodgers added.

“His work rate is incredible, he never gives defenders a minute’s peace and chases down lost causes and we saw that again. I’m very fortunate that he’s here, but it was a real collective effort today.”