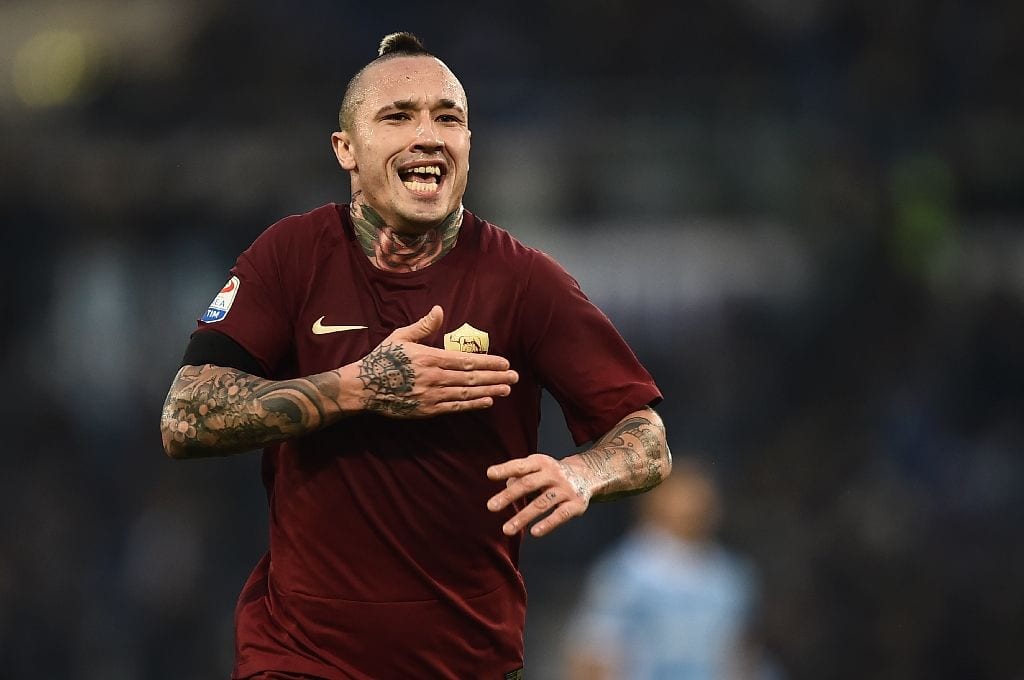 Second-half goals from Kevin Strootman and Radja Nainggolan kept the local bragging rights with Roma for the fourth year in succession thanks to an 2-0 derby win at Lazio on Sunday.

With only one point separating the sides, the biggest ‘Derby della Capitale’ in years was played out in a half-empty stadium as Roma’s hardline ultras continued to protest strict security measures introduced by the club last year.

But after a contentious first half produced little of note from either side, Roma made light of their relative lack of support with an improved second-half performance that saw Strootman then Nainggolan strike within 13 minutes of each other.

Roma are now unbeaten in eight editions of the derby stretching back to 2012 and their 10th win of the season moved Luciano Spalletti’s men up to second at four points behind leaders Juventus.

AC Milan sit third, also at four points adrift, after Gianluca Lapadula struck late to give the Rossoneri a last-gasp 2-1 win against Crotone at the San Siro.

Yet the absence of lively Egyptian winger Mohamed Salah, ruled out with injury for the rest of the year, was perhaps most felt in a lacklustre first half that saw Lazio threaten through Italy forward Ciro Immobile.

But Immobile fired two efforts off target and Senad Lulic’s effort was the only one on target in a half more noted for a confusing penalty kick episode.

Referee Luca Banti awarded a free kick to Roma on the outside edge of the box for a Lucas Biglia trip on Bruno Peres, but caused confusion when he pointed to the penalty spot, only to change his mind when players protested.

Looking to take the sole lead of the Serie A scoring charts ahead of Inter Milan striker Mauro Icardi, Edin Dzeko twice spurned chances after the restart, Marchetti notably diving to parry his far-post header from Nainggolan’s cross on the hour.

Roma found the breakthrough moments later, though  it came thanks to a Wallace blunder for Lazio on the edge of the area.

He lost control of a bouncing ball, and after stealing in to nick possession Strootman ran through to send a delightful chip past the onrushing Marchetti.

A touchline altercation between Roma players and Lazio coaching staff ensued after Strootman, in his celebrations, squirted water into the face of Lazio substitute Danilo Cataldi.

He grabbed the Dutchman from behind, got sent off for his efforts and Strootman was cautioned.

Some lacklustre Lazio defending handed Roma the chance to double their lead 13 minutes later, Nainggolan holding off his marker on the counter to scuff a bouncing shot inside Marchetti’s near post on 77 minutes.

Sassuolo won another mid-table battle in a 3-0 home romp over Empoli thanks to two first-half penalties from Lorenzo Pellegrini and Federico Ricci, and Antonio Ragusa’s second-half strike.

In Sunday’s late game Fiorentina can move two points ahead of Inter and into ninth place with a win at home to Palermo.