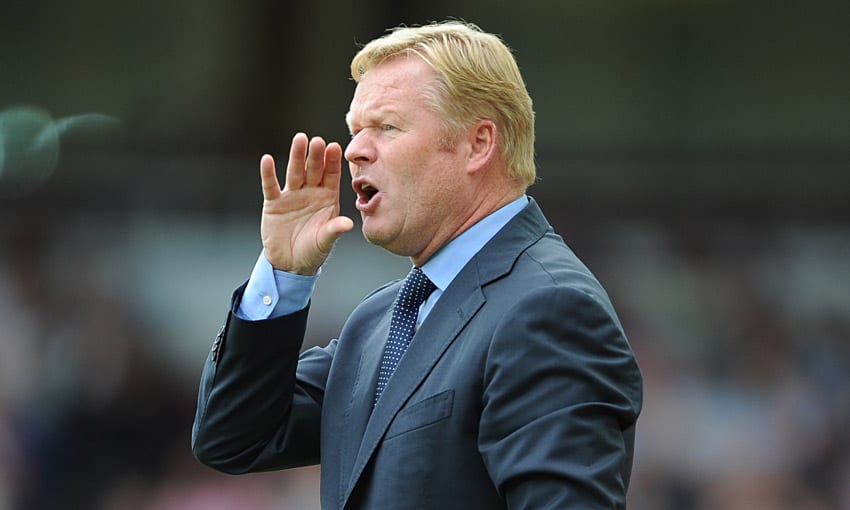 Southampton manager Ronald Koeman has ruled himself out of leaving the Premier League club to become the Netherlands’ next coach.

The Dutch national team are struggling under Danny Blind and failed to qualify for Euro 2016 after losing five of their 10 group games.

Former Netherlands star Koeman hinted at a possible move when his Saints contract runs out in 2017, but insists he is committed to the team for now.

“I know that because my name was mentioned in the past if there are any problems – if they don’t win, or don’t qualify for the Euros – my name will be in the rumours. That’s normal in football. “

“ I’ve already said it and I don’t like to say it again every time but – I’m happy at Southampton, I am the coach of Southampton now, next season and then season after that then in the last year of my contract, I’ll see what happens.”

The 52-year-old described the Eredivisie as ‘a good school for young boys’, but says it fails to prepare players for national duty or a move to higher quality league.

Netherlands’ bid to qualify for Euro 2016 was dealt a blow after going down 2-3 to Czech Republic Tuesday an event that has could not escape Koeman’s attention.

“It is a shame but we have to take it and we have to learn. We need to change things at the federation, and we have spoken a lot about that,” he said.

“I was in Holland, we had a meeting with all the coaches and we still don’t have a football man on the board of the federation. But, that’s the problem of Holland and I’m happy at Southampton. We are doing well and that’s the most important thing at the moment.”

Even prior to the match, Holland’s chances were slim as they had to beat Czech Republic and hope that Iceland beat Turkey in order to earn a play-off spot.

The first half ended 2-0 in favour of Czech who got their goals through Pavel Kaderabek and Josef Sural in the 24th and 35th minute respectively.

Van Persie added to the opponent’s goals in the 66th minute when he scored an own goal to cushion Czech Republic.

Goals from Klaas-Jan Huntelaar in the 70th minute and Van Persie in the 83rd minute were not enough to give Netherlands a win as they finished the qualifiers in 4th position with 13 points from 10 matches.

The last time Netherlands failed to qualify for a major tournament was in 2002 world cup with their last absence from European Championship being in 1984.