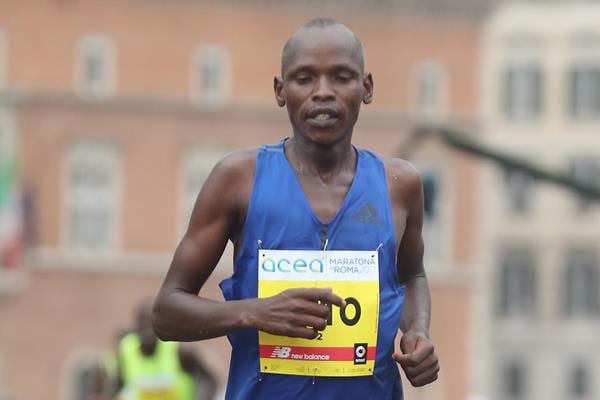 A podium finish would suit Kenya’s Dominic Ruto Kipngetich just fine when he lines up for the 2017 Blom Bank Beirut Marathon on 12 November. But victory in this competition would be even sweeter.

Although the 27-year-old Ruto is amongst the fastest in the elite field he is proceeding with caution knowing that in the marathon anything is possible.

Earlier this year, he recorded a new personal best time of 2:09:08 at the Rome International Marathon knocking 20 seconds off his previous best, also recorded in the Italian capital a year earlier.

Clearly, he will be in a position to offer defending champion Edwin Kiptoo a serious challenge on the streets of the Lebanese capital.

“My training for the Beirut marathon has been quite good so far,” Ruto says. “At the beginning of the season I was scheduled to run a marathon in China, in September. But I got a tendon injury and I had to reschedule my plans.

“Recent workouts have gone well giving me a feeling that I can try to be competitive. I ran an average of 180 kilometres per week.

“I am not much aware how competitive Beirut marathon will be this year. I only hope to have my body responding well on that day and, of course, I will try my best. I am not really after any final time but I hope to competitive enough to finish on the podium,” he said.

Since turning professional Ruto has trained in a group alongside such marathon stalwarts as Amos Kipruto who has a 2:05:43 personal best; Dickson Chumba a former winner of both the Tokyo and Chicago Marathons and who boasts a personal best of 2:04:32; and Evans Chebet, who’s clocked 2:05:31, among others.

Their sessions are planned and overseen by famed Italian coach Claudio Berardelli. All are managed by agent Gianni DeMadonna.