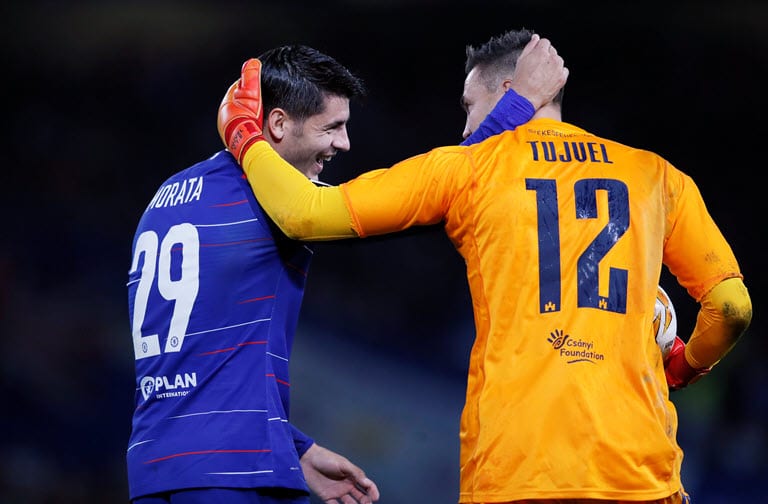 Chelsea manager Maurizio Sarri has backed forward Alvaro Morata to “restart” his season after the Spaniard scored in the 1-0 Europa League victory over Hungarian champions Vidi on Thursday.

The goal was Morata’s second in 10 appearances this season but the striker also had a glaring miss in the first half, shooting wide when one-on-one with the goalkeeper to underline his continuing crisis of confidence.

Morata missed several other chances before scoring 20 minutes from time and Sarri is hopeful the striker will gain enough confidence from the goal to kickstart his season.

“It’s very important for him to score,” the Italian said. “He played a very good match. I think Alvaro can restart from this performance.”

Morata became Chelsea’s record signing when he joined the club under Sarri’s predecessor Antonio Conte last year, but the forward has struggled to adapt to the pace and physicality of the English game.

Sarri is short of attacking options, with Olivier Giroud, who has not scored for Chelsea in seven appearances this season, the only other traditional centre forward available.

“At the moment we have Alvaro and Giroud but we have to play every three days for a long time,” Sarri said. “And so (Morata) is a very important player for us, for our season.

Victory lifted Chelsea to the top of Group L in the Europa League. Sarri’s team are third in the Premier League and visit Southampton on Sunday.