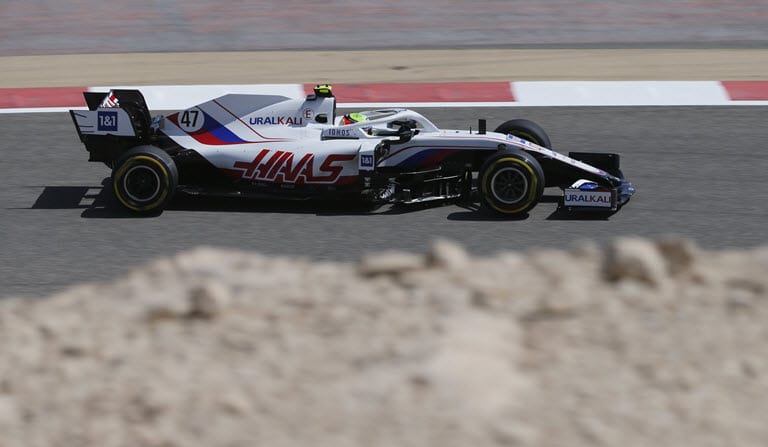 Mick Schumacher starts his Formula 1 career this weekend in Bahrain as a rookie like no other.

As the son of the man who until last year was the most successful grand prix driver of all time, the 22-year-old’s path to the top of the sport has long seemed pre-ordained.

And as Michael Schumacher’s son, Mick will have the eyes of the world on him this year like perhaps no other debutant in F1 ever has before.

But if that adds weight as he embarks on the most difficult challenge of his life, you would not know it.

Asked how he handles carrying the legacy of his father back into F1, he tells BBC sports editor Dan Roan: “It is motivation and pride. I am happy to be here; I am happy to have brought back the Schumacher name into F1.

“I have done it with championships on my back so we have proven I am able to drive a race car. So I don’t feel a blink of pressure from it.”

Right now, Schumacher has the wide-eyed optimism one might expect from a young man who has achieved what he describes as “a lifelong dream” and is about to embark on a journey full of possibilities. Even the little things are filling him with joy.

“It’s an amazing feeling being with the team and knowing this is it and I’m getting close to my first race in F1,” he says. “I got my pass – you know, the proper red F1 pass – and I was like, ‘Woah!’

“I remember seeing my dad having one and I was always, like, I wanted one, but obviously I didn’t get one. I have one now and it’s amazing and I am really looking forward to it.”

For those who knew or followed his father, watching Mick start out on his journey can be a slightly unnerving experience.

The physical similarities between them are strong. Facially, Mick is a mix of his father and mother, Corinna. But he walks like Michael, often holds his head like him, and has a way of holding himself and manner of expression that is very reminiscent of him.

And the similarities go beyond even that. Mick is the same age now as Michael was when he made his debut at the 1991 Belgian Grand Prix in a Jordan.