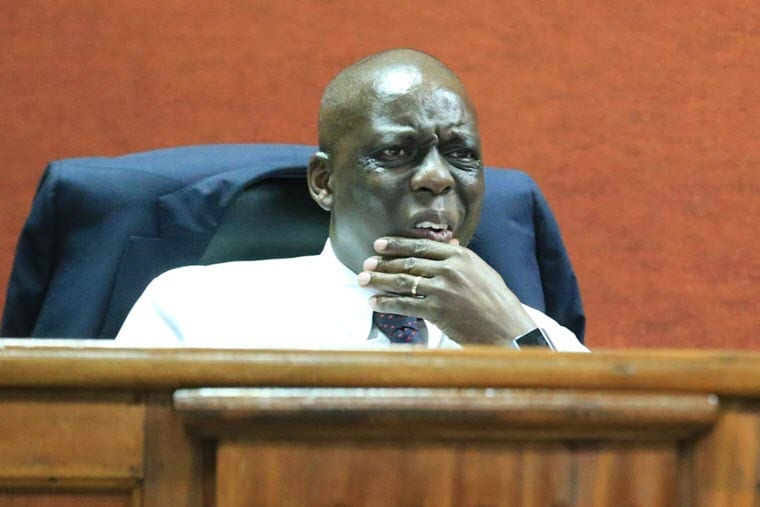 The tribunal also found no concrete evidence of contempt of court by the FKF National Executive Committee (NEC), in regards to the ruling of the case number three of 202, consolidated with the number five of 2020.

Further, the tribunal has found no substantial threat of mismanagement of the federation’s assets, which the challengers sought to safeguard by barring the current FKF leadership from accessing them.

In a detailed 16-page ruling, the tribunal found the applications of the three challengers as filed by journalist Milton Nyakundi, a David Simiyu Lugoye and former FKF president Sam Keengu Nyamweya unsatisfying, a pronouncement that gives Mwendwa a reprieve pending elections whose date remains unknown.

“Having come to the conclusions on each of the broad issues raised for the tribunal’s considerations, it is clear that the applications are for dismissing and they are accordingly dismissed. As the tribunal made no order as to costs in respect of the primary decision, there will be no order as to costs in relation to the applications,” read the conclusion of the ruling.

Specifically, the tribunal said inviting the Sports CS to form a caretaker committee was not open to the challengers.

“The tribunal at paragraphs 176 and 177 of the decision dated and delivered on 17th March 2020 explored fully the invitation by the Challengers to request the Cabinet Secretary to intervene in the affairs of the Federation and arrived at the conclusion that this route was not open to the tribunal. “Accordingly, this issue has been fully dealt with and determined by the tribunal and the tribunal is in full agreement with the assertion by counsel for FKF that the issue is res judicata. This proposition is to that extent incompetent and the attempt to bring the issue back to the Tribunal for debate is not open to the challengers,” further stated Ohaga’s ruling.

The STD explained why there was no substantial evidence that the NEC members could potentially dissipate the property of the federation.

“We have given consideration to the factual basis put forward for this plea in the affidavits of Milton Nyakundi, David Mugoye and Samson Nyamweya and have been unable to discern any concrete evidence to support the application. The evidence offered is based on conjecture and is such that no decision making body, properly applying its mind to the facts presented to it, could possibly reach the conclusion that the allegations made meet the evidentiary threshold which would require a response from the federation and the application is accordingly, dismissed,” explained the SDT.

As to whether the Mwendwa and NEC were in contempt of court for continuing to transact as FKF officials, the SDT ruled, “paragraph 123 of its decision of 17th March 2020, recognized that Article 43(2) of the FKF Constitution 2017 provided that the president of the federation stays in office until the next president is elected. It becomes clear, therefore, that the president of the federation cannot be impeached or accused of contempt in relation to acts or activities undertaken in the ordinary course of carrying out duties and responsibilities which are attendant to this position. This include being the spokesman and legal representative of the federation as well as supervising the work of the secretariat and the relations between FKF and its members and other organizations.”

However, the SDT wants an investigation to be conducted into a contested latter alleged to have been written by FKF General Secretary Barry Otieno, on March 18, 2020 which according to Nyakundi, undermined the authority of the tribunal.

Otieno in the hearing of the case, disowned the letter, with Nyakundi insisting he was aware of it.

“The panel directs the Secretary to the tribunal to take appropriate steps to bring this contested letter addressed to FIFA to the attention of the appropriate authorities and to request that a full investigation be conducted into its authenticity and authorship or otherwise, so that necessary further steps can be taken depending on the outcome of the investigations.”

CS Amina has already pronounced herself on willingness to engage the relevant stakeholders as asked by the world football governing body FIFA, including the federation and the SDT to discuss the road map to elections.

The elections have been cancelled twice, in December 2019 and March this year by the tribunal, on grounds of contentious electoral code.